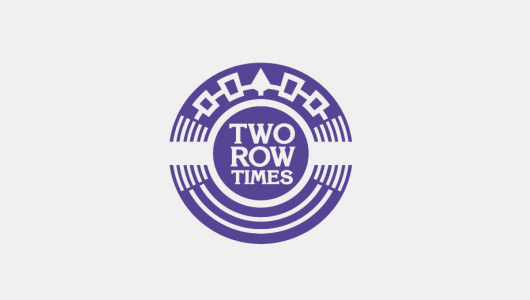 LandBack Lane is facing serious allegations of a gang rape, the spread of STDs, illicit drug use and wanted men hiding out. What has been long whispered about behind closed doors on Six Nations has been brought to light online after an ally went viral on social media for launching sexual misconduct allegations against highly visible Land Back Lane spokesperson Skyler Williams.

The year-and-half-year-old land rights reclamation on McKenzie Road in Caledonia has been rocked by serious and disturbing sexual assault allegations after a TikTok user named Charlie Cruise came forward last week, alleging Williams was a sexual predator who used his position as spokesperson for LandBack Lane to coerce them into a polygamous encounter.

CME aired a recorded phone call from Jan. 2 between host Nick LaMarsh with Williams on YouTube asking him about the allegations.

Williams did not deny the claims during the conversation, “As much as I want to defend myself, I don’t want to take away from anybody’s experience…”, he said.

LaMarsh explained there have been stories about abuse from at least four different people “saying the same thing.”

Williams did not answer the question, instead asking, “Is there a question in there? My focus is on my kids.”

Williams avoided directly speaking to any of the allegations he is facing and again deflected, saying his family is going through “more hardship than they need. My apologies to anybody that I’ve hurt over the course of the last year.”

Williams said it’s been a “trying year” for his family.

LaMarsh stunned Williams into silence when he asked him how he would feel if one of his daughters was being sexually abused. LaMarsh then told him he was asking the question from a “place of love” to which Williams laughed and said, “Go f*ck yourself.”

The allegations against Williams and additional allegations about Williams conduct — including a culture of toxic masculinity at LandBack Lane, came to light after Cruise posted a video accusing Williams of attempting to coerce them into a sexual encounter with himself and his female partner.

Sources told the Two Row Times there are rumblings of an alleged gang rape at LandBack Lane in December and that some of the people who regularly attend LandBack Lane had to be tested for sexually transmitted diseases.

Cruise went on record with the Two Row Times about their allegations, saying: “I have in writing as of 2 days ago Skyler admitting there is more than just me to apologize to on his end.”

A post on Instagram from Credible Mohawk Entertainment shows a screenshot of a text/post, with a profile photo of Williams, stating: “I own every bit. And am owning that to my nation and clan. But more importantly, am doing that with my girls.” To what he was owning was not specified.

Two Row Times contacted Williams on Tuesday for an opportunity to directly address the allegations. He would not respond to phone calls.

“I have never sexually assaulted anyone at LandBack Lane or anywhere else for that matter,” he wrote via text. “I’ve only come by the rape allegations by way of Nick (LaMarsh), as well. I tried to find the person or people involved but nobody has shared anything or how to connect with anyone involved.”

After Williams launched into an f-word peppered phone conversation with the Two Row Times last July, Williams apologized to the paper.

“I apologize if you’ve ever felt intimidated by me. I’ve never purposely threatened or intimidated anybody. I’ve taken every concern brought to me seriously and have spent untold hours with folks trying to sort out what’s going on day-to-day on site. I definitely have remorse for anybody that has ever felt done wrong or suffered in any kinda way because of any of my actions.”

Williams has not been formally charged with any sexual crimes.

“All charges I’m dealing with are solely for land defence. The past 18 months have taken their toll on me and my family. Right now, I’ll be doing everything I can do to focus on myself and my kids.”

Williams says he has stepped down as spokesperson for LandBack Lane.

“In terms of the spokesperson role, it will be up to the collective to make a decision about who will be speaking on the behalf of 1492 LandBack Lane.”

Meanwhile, Cruise, who has been criticized for speaking out, bullied on social media by people who do not believe the accusations of Williams, and accused of embezzling funds raised for Indigenous causes, said there was always an atmosphere of intimidation at LandBack Lane.

They said since the beginning of their first visit at Land Back Lane, they did not feel safe there.

“I chose not to stay over night at LBL due to rumours that force had been used on an ally,” said Cruise. “There were no names put to this rumour, I simply have been raped in my past and do not put myself in positions where I may have to use self defense. I will state I did not feel welcome or comfortable on any of my visits to LandBack Lane. The energy was very.. male dominant and not a place I felt safe. To my current knowledge there are more victims than I can count, and these are not just victims of Skyler.”

Cruise continued, “The importance of bringing public awareness to these issues is many of these abusers feel immune. Immune to scrutiny, immune to consequences, and immune to accountability. There is also a massive presence of institutionalized ego among (particularly men) who gain attention from perceived fame and the assumption that power comes with that.”

Two Row Times wrote an editorial in November about a Six Nations man wanted for domestic abuse against his partner, a Haudenosaunee woman who wanted to remain anonymous to protect her children.

The woman presented the public with video evidence of him shoving her beside the family van in their driveway as she tried to secure their infant in a car seat last fall. Shortly after the shoving incident, she says her partner was picked up by Williams and has been hiding out at LandBack Lane ever since. No one has asked the man to leave or held him to account despite being wanted for domestic assault.

The Haudenosaunee woman has since brought the matter to the attention of the Haudenosaunee Confederacy Chiefs Council. Two Row Times contacted clanmother Laurie Froman for information regarding the matter but did not hear back by press time.

Ontario Provincial Police refuse to step foot onto the property, where tiny homes have now been built, with permanent residents living there.

The atmosphere at Land Back Lane, according to sources, has been likened to a “cult.”

Andrew Brant, of CME, says Williams has been using his “infamy” as the spokesperson at LandBack Lane to approach women and persuade them into sleeping with him.

CME said they reached out to multiple sources to get to the bottom of the situation and spent many hours researching the issue before going public with the podcast.

At one shocking moment in the podcast, LaMarsh said he visited LandBack Lane and found a woman crying. He asked her what was wrong and she told him, point blank, she was gang-raped there.

LaMarsh said he mentioned it to a few people at the LandBack Lane site and said they got angry, told him to keep his “mouth shut” and to “mind your own f*cking business. So I did. This happened last year.”

LaMarsh said he is concerned the mainstream media, once it catches wind of the accusations, will now take the revelations and “plaster it all over” painting the movement and Onkwehonwe people in a bad light.

“These are the actions of one person,” he said. “I’m heartbroken about this.”

He was concerned there was going to be racist backlash against Indigenous people from settlers.

CME repeatedly said the broadcast was not about the LandBack Lane movement itself.

“There’s these women that he’s hurt,” said Brant. “Imagine how they feel. But it has nothing to do with the movement.”

CME called on Williams to be better and for the community to stop protecting abusers. They also said Williams does not belong on the front lines. LaMarsh said he did not feel safe at LandBack Lane after he was verbally attacked for mentioning the gang rape.

LaMarsh said people aware of the accusations and those making the claims themselves haven’t spoken out against Williams for fear of reprisal, both from other women in the community protecting him and the men that protect him, as well.

In an emailed statement to TRT LaMarsh wrote: “I would like to provide further clarification in regards to the phone call between Skyler and myself. In specific reference when I stated my stunning question was coming from a place of love. It was in the collective hope that he would see that someone from his Nation, and a friend and ally, are concerned and reaching out to him with love and compassion his Nation welcomes him to heal within the Mohawk Nation.

“I was asked by Sha’tekayèn:ton to reach out to Skyler as I have been around and known him longer. I have love for Skyler, everyone involved and everyone who is effected in anyway by the events or the release of the information. Having this information come in is something we didn’t ask for, but it has been coming in for several months. The people providing it know we will be respectful in confidentiality.

I appreciate yours and the community’s understanding and respect under Kayanerenkówa. Nyà:wen” 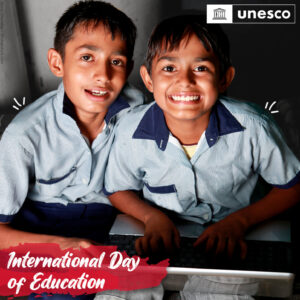 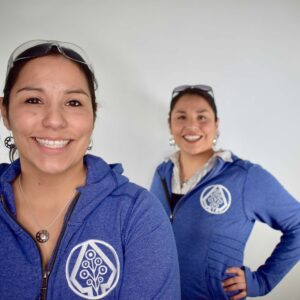