At a time when the world could use some happy news, there’s nothing like the birth of a new baby to bring a smile to people’s faces. And the news of the first baby of 2021 for Six Nations, Mississaugas of the Credit, and Brantford is putting a smile on many faces.

Adele Melba Grace Sault was born to parents Jesse Sault and Shelby Smoke on Jan. 1 at 2:40 a.m., making her the first baby born in all three communities in 2021.

The baby’s due date was Jan. 2. Sault said the family spent the holidays on edge awaiting the birth, with many thinking she might even be a Christmas baby. “We were on watch. It was exciting with it being close to Christmas.”

Mom started having contractions on Dec. 30. On New Year’s Eve, the couple went to the Six Nations Birthing Centre on Second Line Road to have the baby.

“Our initial plan was to have her on Six Nations,” said Sault.

Things weren’t going as planned at the birthing centre so the couple headed over to Brantford General Hospital.

They left the birthing centre around 11 p.m. and were stopped by a R.I.D.E. program on their way to Brantford.

Sault laughingly recalls the incident where he informed the officer at the R.I.D.E. stop they were kind of in a hurry as he pointed to his passenger in heavy labour.

Police quickly waved them through.

“That was a pretty funny story,” said Sault.

The couple counted down to midnight in the hospital and welcomed Adele into the world over two hours later. She was Brantford’s first baby of 2021 and the first baby of Six Nations and Mississaugas of the Credit First Nation.

“When Adele came at 2:40 a.m., they (hospital staff) made us aware she was the New Year’s baby. It just made it that much more special. She was big and looked healthy.”

The baby girl, weighing in at a robust 10 lbs. 13 ounces, passed her tests with flying colours and mom, dad and baby went home 24 hours later. 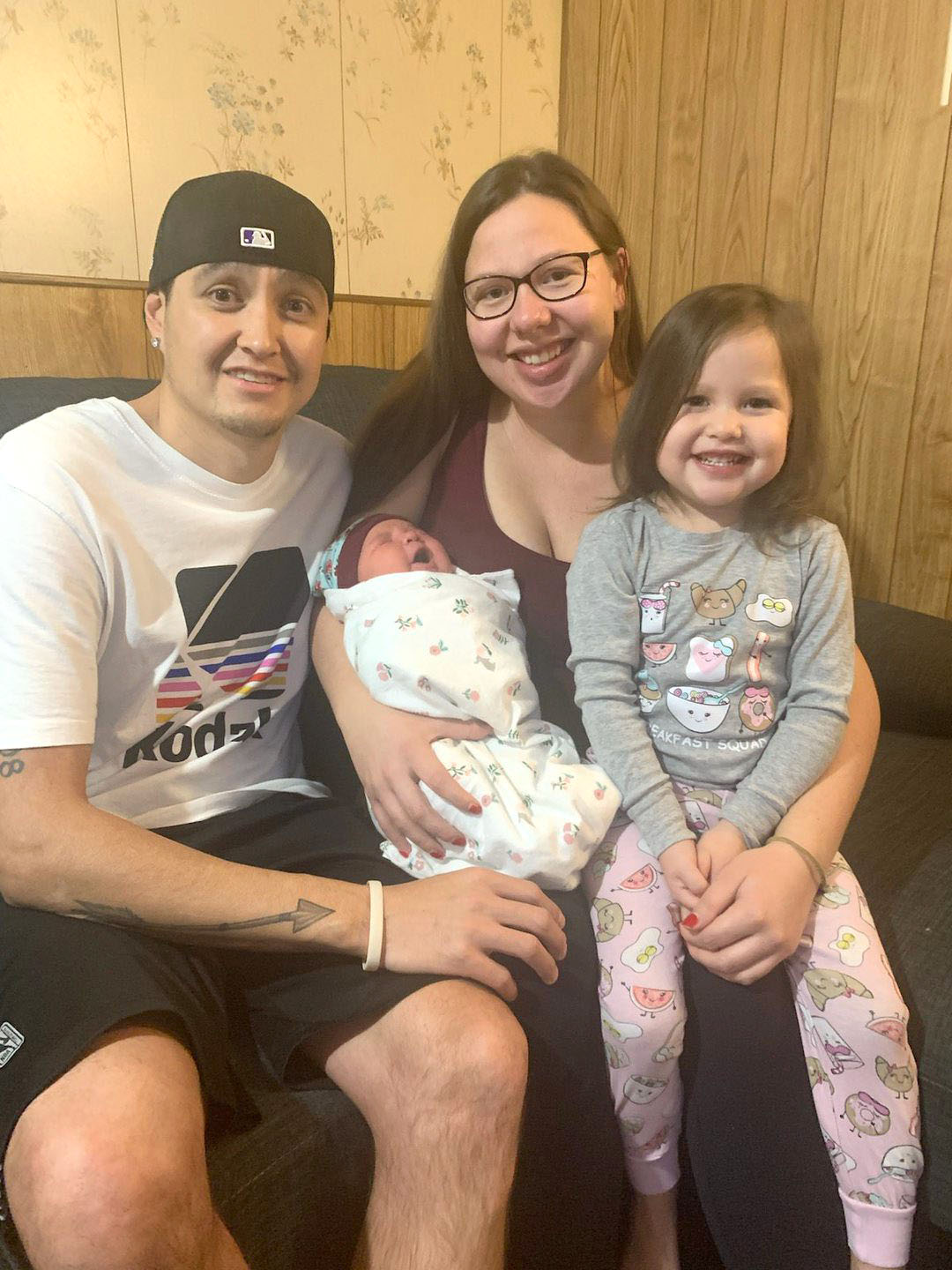 She is the couple’s second child. They have a three-year-old daughter, Braylin, who is excited to be a big sister, said Sault.

She’s already helping out a lot with her new baby sister, he said. “Our three-year-old daughter loves her and loves being a big sister.”

Well wishes have been pouring in as well as numerous interview requests from media.

Sault said he’s happy to share the news with the community.”What a way to start 2021 after the year we all just had.”

Sault said lots of people and organizations are trying to get gifts delivered safely to the family in light of the Covid-19 pandemic. The baby already needs new clothes since she’s already too big for her newborn clothes, he said.

Sault said his nephew was born last August, so Adele will have a cousin close in age to grow up and play with. “It’s just a great time for us and our family. It’s exciting.”