Kaluyahawi Jocelyn Antone is an Oneida and Cree artist from Oneida of the Thames and Saddle Lake; currently living on Six Nations. Her part-activist/part-humorous approach to art is inspired by traditional Ukwehu:wé designs.

“I talked about my style to a friend recently and we agreed my art is somewhat Disney inspired, but not entirely. If native people were to take over Disney, that’s a good way to describe my look and style,” said Antone. “It’s also partially activist art as well. Activism, mixed with pop culture. I have a really broad sense of art styles so it could be one thing one day, then I’ll change it up next week.”

Antone specializes mainly in digital art and says her inspiration early on came from members of her family who are also artists; specifically her auntie and grandma. 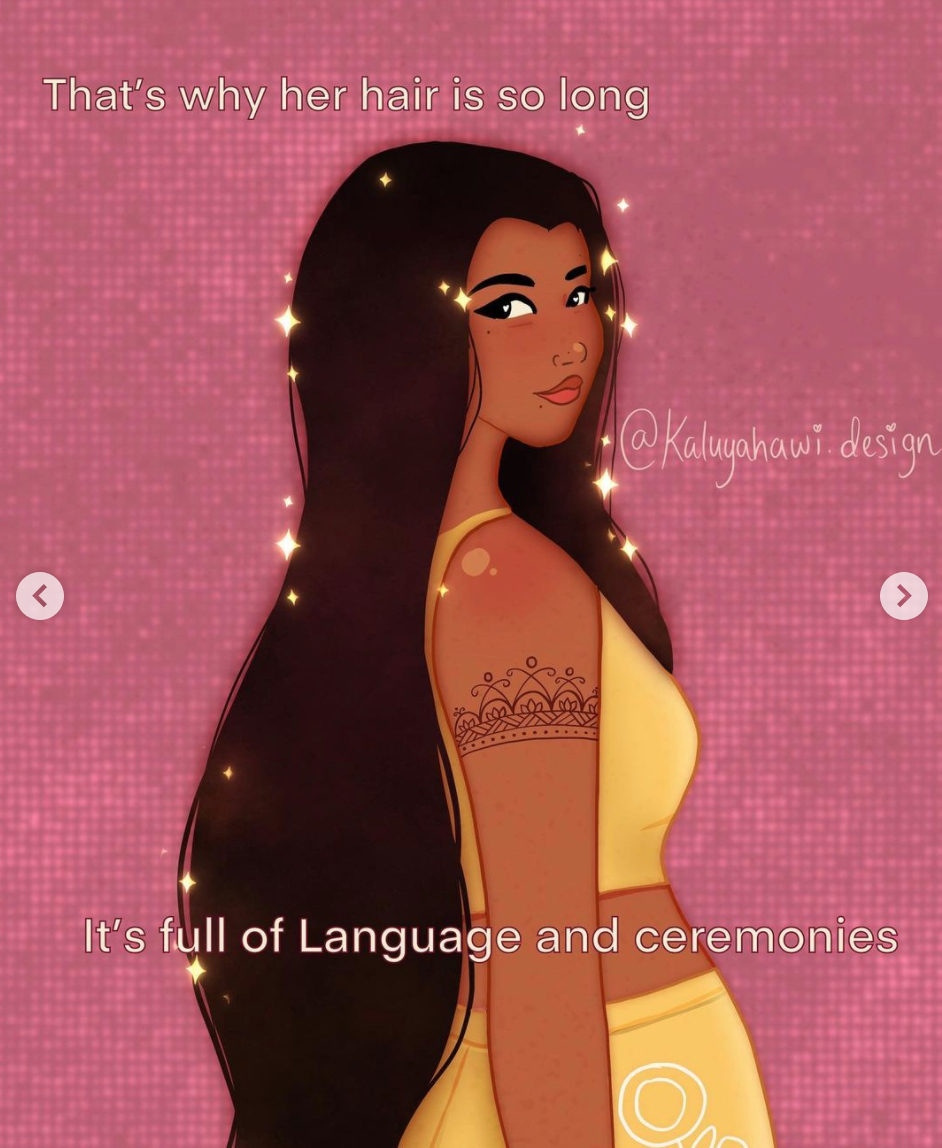 “My auntie makes really awesome art but she’s so humble she doesn’t show it off. She keeps it mainly to herself. She does a lot of corn husk design drawings; our no-face dolls. My grandma is an artist as well and they’ve both inspired me to tie art to our cultural teachings and stories. Another friend of mine, Alyssa M. General, inspires me to create; another really good and humble artist,” says Antone.

Antone started drawing for fun at a young age and would do free commissions for friends as she was tailoring her craft. She spent a few years in a 3D animation course and other than that is self-taught through YouTube and other online learning. She said it’s important for her to bring awareness to Indigenous people and the art they create.

“I’m focusing on Ukwehu:wé people, or the First People, which includes all those that are Indigenous. From Canada and the U.S. to Australia, New Zealand, Japan and more, I want there to be more focus on Indigenous art forms from all over. Personally, I feel underrepresented when it comes to art and First Nation communities in Canada. I don’t mean to put down any other culture, but the government here really likes to tokenize Anishinaabe and B.C. artwork, which is great—but there’s more than that. I see a lack of Inuit art and many other nations out here. Haudenosaunee Woodland art too, I’d love to see more of that.”

A lot of Antone’s art puts a humorous spin on serious topics and issues facing Indigenous people today. She credits that humour to her own trauma and her Cree and Oneida upbringing. 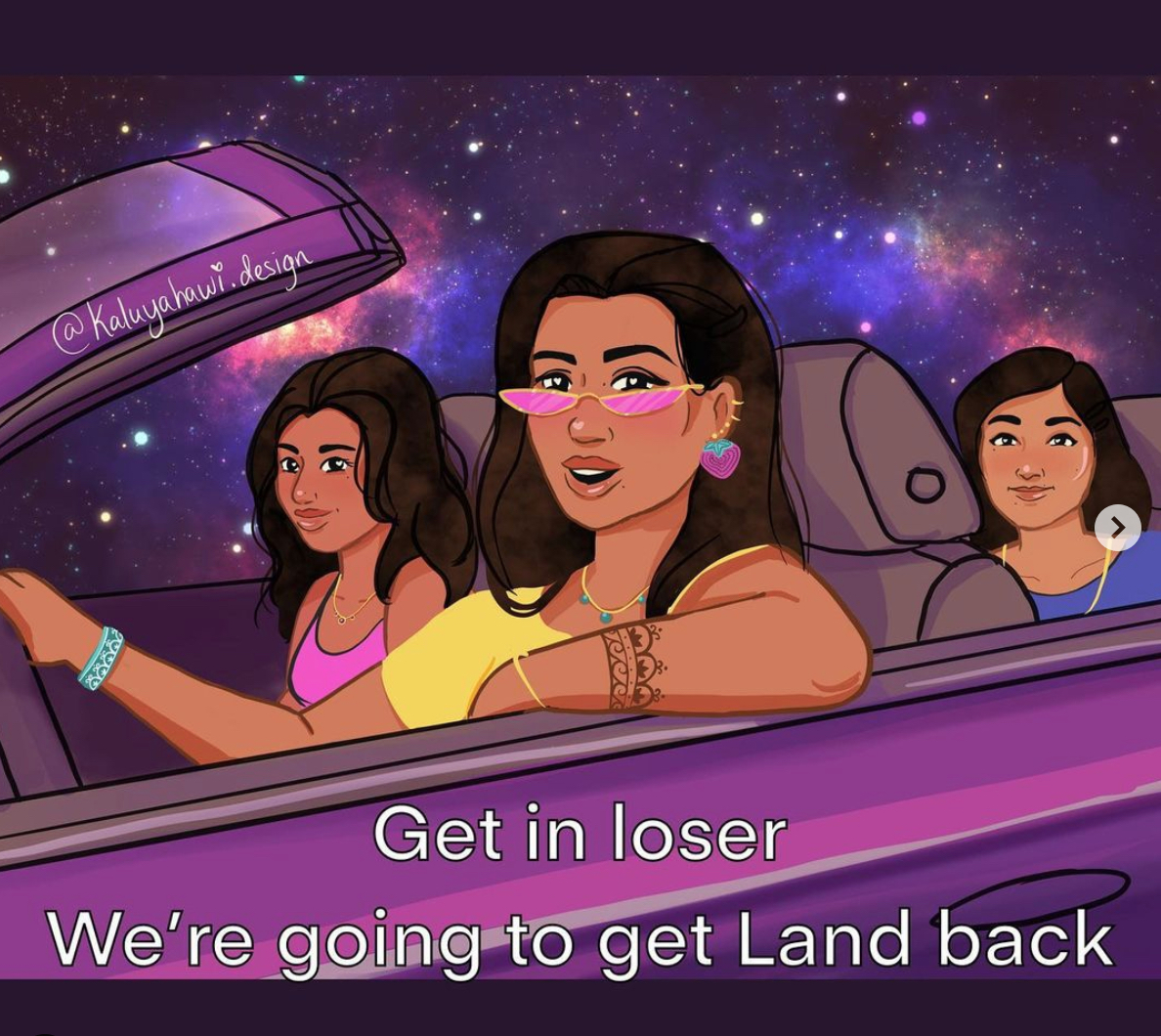 “A lot of it is from my own trauma and previous experiences, but I feel like my art has helped me not internalize it as much anymore and it’s helped me have a platform to share. I try to flip it around into something more positive while bringing awareness to serious issues like land back, residential schools and Murdered and Missing Indigenous Women. Plus, being Cree and Oneida you get teased a lot for fun, it’s just a part of that culture. Having that humour helps me get through a lot of stuff,” said Antone, adding that she was surprised to see how fast and far social media can carry an image and message.

“It’s really important to be able to put out artwork that brings awareness to those issues. And seeing how far they can travel to so many different places is so cool. I’m like ‘holy crap, people in Argentina are sharing my images, even down in Guatemala.’ I was so surprised,” she said. “It’s really cool that people can grab onto my art and glean something from it even if they aren’t from here.”

Another aspect of Antone’s art that influences her work is how she identifies as Two-Spirited.

“I’d say it influences my art a lot in how I used to view the world. I didn’t come out as bi until recently and I remember it being a struggle when I was younger. With the youth today and how much more accepted it is to acknowledge their pronouns, sexual identities and preferences, it feels more open and that’s kind of what I want to do with my art also; open up a bit more.

“As an Indigenous person, in our culture and stories, I’ve noticed that gender wasn’t that big of a problem even if there were gay people in our community it just wasn’t a problem like how it is now. We were never like that as people until Christianity came along and they said it was wrong. I’m trying to be a part of the movement that is getting us back into that lifestyle where it doesn’t matter who you love or who you like.”