SIX  NATIONS – Peter Jamieson of Cattaraugus was at the Onondaga Longhouse Saturday to ask on behalf of organizers of a “Treaty Exhibition” at the Indigenous Peoples Museum in Washington D.C., and New York, for the loan of two delicate and historically important Wampum Belts held in trust at Six Nations.

Organizers are looking for many authentic items including the Two Row Wampum and the original Cananagua Treaty signed by George Washington.

Jamieson was also asked if the organizing committee could use a photograph of the Two Row and another belt for the exhibitions promotional campaign and fliers. The exhibit is to open September 21st of 2014.

After several hours of discussion it was decided not to release the original Wampum however should they want to use a replica of each, that would be fine. They also approved of the use of the photos of the belts.

There was concern over the possible confiscation of the priceless relics at the border, and the wear and tear on the aged items themselves in transit.

“This will be a great opportunity to tell our history and relationship with the original 13 castles (colonies),” said Jamieson.

He was also requesting someone representing the Grand River Territory be assigned to participate in the exhibition by being on hand to explain the Wampums to exhibit visitors during the show.

Once the exhibition closes at the Washington Museum, plans are being made to take some items from the exhibit on a tour to other communities and cities as well.

Over the past few years, Six Nations researchers headed up by historians Rick Hill, Keith Jamieson and lawyer Paul Williams, have found and have had returned to Six Nations several Wampum Belts and other relics taken or sold and put in museums around the world.

According to a 1998 book by Elisabeth Tooker, entitled, A Note on the Return of Eleven Wampum Belts to the Six Nations Iroquois Confederacy on Grand River, Canada; “After wampum became more abundant, wampum made into either strings or belts became the customary gift on a number of different occasions. Among these were treaty conferences, where each important statement was accompanied by the gift of a wampum belt, a practice adopted by the colonists in their treaty negotiations with the Indians. Preparations for such conferences consequently included the manufacture of belts-many with designs of purple beads-for use by both colonists and Indians in the proceedings. The belts might be retained as mnemonic aids of what was said at the conference. Others were taken apart and the beads used in other belts.

After the American Revolution, and with the decline of the fur trade and the quantity of wampum beads available, the use of wampum also declined, for with few furs to trade, wampum could no longer be “the magnet which drew the beaver out of the interior forests” (Weeden 1884: IS). Although still in evidence on some occasions-notably in strings used in the Condolence ceremony and in short strings attached to tally sticks used as invitations to certain meetings-much of the wampum that survived had more the character of heirlooms. In time, some of this wampum, including a number of wampum belts, was lost, disintegrated, or was sold.

Among these heirlooms were the belts in the custody of the wampum keeper of the league, an Onondaga who held the seventh Onondaga name – title on the Roll Call of the Chiefs and who might recall, when required, the agreement to which each belt attested. After the American Revolution, when a number of Iroquois moved to the Six Nations reserve in Canada, these league belts-possibly forty in number-were divided, one moiety of the belts remaining in New York State and the other going to Canada, where a council of league chiefs was established that paralleled that in the United States.”

Eleven belts were returned on May 8th, 1988 at the Onondaga Longhouse on Six Nations Reserve in Canada. Others have been found and returned since then and the search continues for even more.

The great Mohawk poet, Pauline Johnson, whose Christian father was Chief George Henry Martin Johnson, used some Wampum Belts left under her father’s care as theatre props, which she later sold. One of these belts has recently been returned to the Haudenosaunee Confederacy Chiefs Council at Grand River. 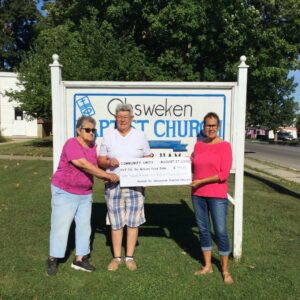 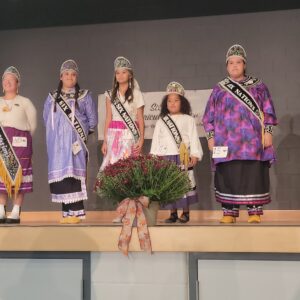