The injunction, in effect until December 2, states there must be a buffer zone of 250 meters at front and back of SWN trucks and 20 meters on each side. It also grants authority to police officials to arrest anyone who breeches the buffer zone or any other part of the injunction.

Early in the proceedings, lawyers for the province of New Brunswick were approved to join in to support SWN’s application. Just last week an injunction application filed by the Elsipogtog First Nation to prevent SWN from continuing exploratory work on their territory was rejected.

The application named five specific land defenders, one of whom addressed the courts saying, “I’m a protector, not a protestor.”

Many media outlets took to Twitter, live tweeting the proceedings. Judge Clendening was quoted throughout social media today stating in her ruling, “Withholding the injunction would create an injustice.”

SWN has also filed a half-million dollar lawsuit against specific land defenders, including unnamed persons as Jane Doe and John Doe which will come before the courts at a later date.

National January 12, 2022 • 0 Comment
VANCOUVER — Parents at eight schools in Yukon are voting on a proposal that could put the control of education for their children in the… 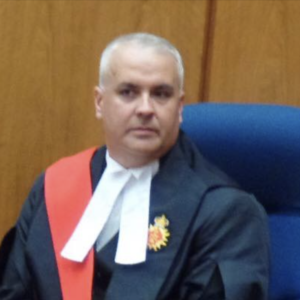 National January 5, 2022 • 0 Comment
OTTAWA — Murray Sinclair says there was something he found difficult after the Truth and Reconciliation Commission of Canada released its final report into the…

Winnipeg police representative to work with families of MMIW

National December 29, 2021 • 0 Comment
As part of its commitment to Indigenous people living in Manitoba, the Winnipeg Police Service has hired Angie Tuesday as a family support and resource…