Imagine being assaulted by your partner, having the bravery to tell someone what has happened, and then to have members of your own community gaslight you and silence your voice for expressing heartbreak that the person who harmed you is not being held accountable for his actions.

That’s exactly what one Six Nations woman says she is facing after going public on social media regarding harm she endured at the hands of her partner – and the difficulty she’s faced in holding him accountable for his actions.

A video posted to the woman’s Facebook page shows an altercation during which her partner assaults her, shoving her after she tried to secure their infant into a car seat in the middle row of a vehicle in their driveway.

The camera, stationed on their front porch, shows her walking toward the passenger seat, where more scuffling is evident, but the body movements are mostly hidden behind the porch’s top railing.

The woman says she reported the incident to Six Nations Police and soon afterward she says her partner was picked up by Land Back Lane spokesperson Skyler Williams, who brought him to the Land Back Lane site in Caledonia.

The woman says her partner is now wanted by police for domestic assault and says he has been hiding from police at the Land Back Lane site ever since the incident, which she shared on social media in October.

De facto leaders at Land Back Lane know the individual is wanted by police. They know what he’s done. And nothing is being done about it.

In fact, quite the opposite. On Land Back Lane’s official Facebook page — administrators posted a video of the wanted man behind a barricade on a portion of the Highway 6 bypass, mocking OPP by using a traditional rattle to taunt officers, singing “OPP, looking for me”.

The woman who was harmed says that video left her aghast, shocked, dismayed and heartbroken.

When community members attempted to alert page administrators that the man in the video is wanted by police for domestic assault, they responded saying, “Shame on all of you for using this platform for attacking a land defender.”

Administrators admitted to seeing the video of the man assaulting his partner and said, “it’s not related to nor happened at landback and is his business, not ours”.

Administrators then stated that “if u continue to try to bash our land defenders I will have no choice but to block you, use your own social platform for defamation of character, landback isn’t about it”.

The following day, the page posted an image saying, “1492 landback Lane is about unity. Attack one and watch the rest of us stand!! Love to all warriors across turtle Island!!”

Why is the call for accountability in a domestic assault being re-branded into a rallying cry and turned into an “us against them” issue?

In what world is violence against an Ongwehonwe woman acceptable or defensible? When did the balance of power at Land Back Lane become so extreme that anyone who dares protect a vulnerable community member becomes a target of more violence from a certain element at Land Back Lane?

Are there efforts at Land Back Lane to protect anyone wishing to evade police, not connected to land defence?

Land Back Lane supporters defending someone wanted for domestic assault should be ashamed of themselves. Especially for claiming to stand up for Missing and Murdered Indigenous Women and Girls while simultaneously and publicly gaslighting an Indigenous woman in her own community — turning a blind eye to violence being perpetrated here at home.

That sort of hypocrisy cannot be tolerated by this community. It is dark stories like these that perpetrate our pain. The sorts of tales that everyone is talking about behind closed doors but no one dares to bring into the light.

This isn’t the first time figures at Land Back Lane have tried to intimidate anyone who questions their actions or express an opinion slightly different than the ones they hold.

Two Row Times was threatened with being “shut down” (as in, physically barricading the building) a few months ago for an editorial regarding the Haudenosaunee Confederacy Chiefs Council. The editorial was misinterpreted as being “against” the HCCC (it wasn’t) and so, in response, their only solution was to exhibit violence towards fellow community members (yes, the owners of the Two Row Times are 100 per cent Ongwehonwe)

Their constant solution is to “shut people up” who don’t think in the exact same manner as they do. To close down a building, or block a road, and put fellow community members out of work – people who are trying to feed their families and feel just as passionate about land rights and social injustices against Indigenous people as they do – because they didn’t toe the Land Back line.

That is not the Haudenosaunee way. We are not violent enforcers of thought control. That is something colonizers did to us. And now we’re doing it to each other.

We all know the word for this eternally tiresome behaviour – lateral violence – and it has got to stop.

The dispossession of lands has been at the core of almost every socio-economic ill facing Indigenous people on Turtle Island.

There is anger, there is violence, there is poverty, there is substance abuse, there is family dysfunction, and there is an overwhelming sense of injustice that we all feel. We get it.

Fighting for the integrity of the land and our rights to it is a good thing. The passion of land defenders and water protectors is evident and we wholeheartedly agree with that passion. It is a birthright that every Indigenous person must walk through and every Indigenous individual has to reconcile how they will carry out that responsibility, and decide what they are willing to do with it.

But that passion must be reigned in and channeled correctly.

No matter how you choose to defend the land — abusing an Indigenous woman, and then victimizing her twice by gaslighting her and her friends on social media and intimidating them with threats if they say something again, is not acceptable in any way, shape or form.

We are all land defenders. No one owns the movement.

And let’s not allow deflections to attempt to change the subject here. This isn’t about the Land Back movement. This is about protection. Protecting an Indigenous woman, her right to seek comfort and healing in her own community, her need to be seen, heard and her experience validated by her own people.

It’s about protecting spaces where Indigenous women assert their rights to the land.

If Land Back Lane supporters, leadership and their spokesperson Skyler Williams truly support efforts to protect Indigenous Women and Girls and prevent them from becoming counted among the missing and murdered — they must do the right thing and convince his fellow land defender to turn himself in and get the help he needs. To take advantage of the many men’s programs offered here in the community.

Land Back Lane leadership needs to issue a strong and resounding statement that Every Life Matters on Six Nations – the women, the children, and everyone in the community, regardless of how much time they spend at the Land Back Lane site, or what thoughts they share about it on social media – it all matters.

We spoke to Skyler Williams Tuesday night to ask him for comment about the domestic assault and individual wanted by police, that the woman harmed claims Skyler picked up and drove to the Land Back Lane site. He said he was not aware of the situation and said “I don’t know what people do on their personal time”.

Williams said, “When it comes to people’s personal stuff, I’ve been out west for the last month or so. I’m just catching up.”

He went on to say that as spokesperson he can only say what the group wants him to say but later added that he was frustrated that this matter was being discussed, “with all the land defence stuff that’s going on all across this country, it’s just really sad that this is what we’re talking about here.”

“My deepest apologies to anyone who feels unsafe here,” said Williams.

For the sake of protecting the integrity of the people and the work being done on the ground to uphold Six Nations future and collective rights, the wanted man needs to turn himself in. It’s the right thing to do. 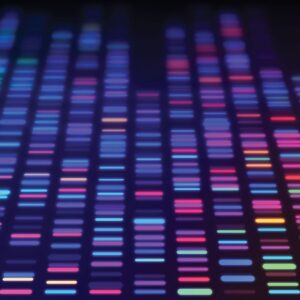 Diversity and inclusion are critical to decolonizing Haudenosaunee identity

Editorial March 3, 2021 • 1 Comment
Human DNA is a fascinating science to explore. Each human has a specific code within their DNA that comes directly from their mother, called maternal…