NEW EDEN – 21 thousand years into the future humans have used up the resources of not just the earth but the entire Milky Way galaxy. With nothing left to eat and nowhere to go the future of humanity looked dim until a naturally forming wormhole opened up leading to an unknown and unexplored galaxy named “New Eden”.

Brave adventurers crossed the galactic depths to form colonies on the other side of the opening and things were going well until it collapsed and severed the ties to civilization. Thousands of years have passed by and the colonies have forgotten their ancient ties to the Milky Way and a little planet called Earth.

From the first colonies five distinct societies rose to power with capability for interstellar spaceflight-travel. The states based around these colonies make up the five major factions in Eve Online: the Amarr Empire, the Caldari State, the Gallente Federation, the Minmatar Republic and the Jove Directorate.

Although the game was released in 2003, it has had major updates and revisions through the years and is still heavily played by thousands and thousands of people. EVE has spawned its own counter-culture and cult following. This summer the publisher of EVE Online is offering a one month free trial to recruit new players into the online galaxies.

Sounds great doesn’t it? The problem with EVE is that it is very hit or miss with new players. It’s such a complex and complicated video game – more of a space simulation really. – that new players can get lost. The variety of things you can do inside the EVE universe is mind boggling. It’s the epitome of sand box gaming.

The artistic renderings of stars, nebulas and asteroids are simply astounding. If you liked watching Interstellar this game is worth it for the graphics alone. Additionally the soundtrack for EVE compares with a major motion picture release and it seems like the score never repeats itself.

Although the galactic battles are amazing, EVE Online offers more than just space combat. There are tedious yet lucrative professions like trading, mining and production. Which means you can buy and sell for profit on the player based auction house. It’s like Kijiji in space. You can become highly skilled at building spaceships and selling them for profit – space aged cut throat capitalism.

Or perhaps you want to become a pirate and hi-jack other players for their precious spaceship cargo, you can do that. Some players focus on exploring the universe and push the limits by discovering new galaxies in spaceships especially suited for that.

The learning curve is the highest of all games I’ve ever played except for perhaps Dwarf Fortress but this also makes the end result much more rewarding. Not recommended for casual gamers looking for a quick thrill but someone with a lot of time to invest. Extensive reading and research is required.

Taking advantage of the free month trial is suggested and if you like the EVE Online experience you can subscribe for approximately $15 per month. https://www.eveonline.com/

You can watch me enter a wormhole on YouTube here: https://youtu.be/yUiubNrzEL8 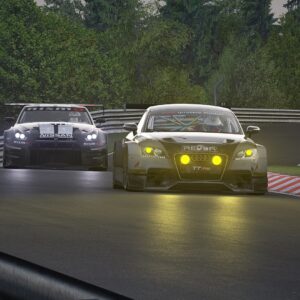