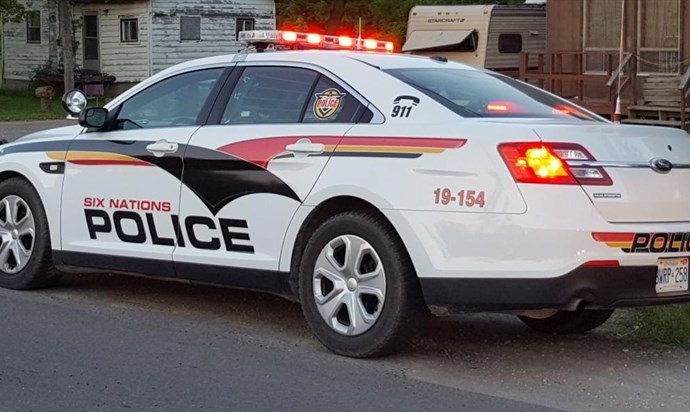 An Ohsweken man is facing a long list of charges after a shooting and police chase on Six Nations.

SIX NATIONS — Police say a weapons call resulted in the arrest of a Six Nations man after reports of a male victim having been shot on Seneca Road.

In a statement, Six Nations Police say a suspect vehicle had fled the scene with the male victim following.

The suspect vehicle was described as a white Chevy truck with a blue light around the rear plate area.

Police learned that the suspect had allegedly pointed a pellet gun at and
shot the victim before fleeing in the truck.

Police got the truck stopped at a residence on Townline Road and day they pursued the lone male occupant on foot.

Police say the suspect, Kenneth Lee Akey, 30, of Ohsweken was found and arrested hiding in an abandoned residence on Mohawk Road.

No one received any physical injuries as a result of the incident.

Police Arrested and charged Mr. Akey with Criminal charges of:Pointing a firearm, Possession of firearm for dangerous purpose, Careless use of a firearm, Use firearm in commission of an offence, Discharge firearm with intent, Failure to stop after accident, Flight from police, Dangerous driving and Unlawfully being in a dwelling.

Akey was held for a weekend bail hearing on Saturday January 12, 2019 to answer to the charges against him.