TOPEKA, Kan. (AP) — A Kansas House member has apologized after asking a Native American lawmaker if she used a tomahawk rather than a gavel when she was presiding over the House.

The incident occurred Wednesday when Rep. Ponka-We Victors Cozad, a Democrat from Wichita, used her gavel to quiet the House. It was the first known time a Native American lawmaker had presided over the body, The Topeka Capital-Journal reported.

Rep. John Wheeler, a Republican from Garden City, turned around and said he “was just checking to see if that was a tomahawk.”.

Wheeler immediately apologized when the remark drew an uneasy reaction from other lawmakers. He said later that he would personally apologize to Victors-Cozad and two other Native American members of the House for a comment that he meant as a joke.

Wheeler, a member of the Joint Committee on State-Tribal Relations, said he took issues regarding the state’s four federally recognized tribes “very seriously.”

Victors-Cozad said she was “disgusted” but not surprised by the remark.

“This is 2022 and people still think that they can say whatever they want to and think it is funny,” she said. “We’re not a joke. Who we are, our culture, our heritage — I don’t take it lightly. But when they say things like that, it is like they don’t have any respect for us. It hurts.”

The incident occurred a month after the Kansas State Board of Education suspended Education Commissioner Randy Watson for a month after he made derogatory remarks about Native Americans during a virtual education conference.

The remark came after debate on a bill that would return a half acre of land in Johnson County, which is a Shawnee Tribe burial ground, to the Shawnee Tribe. The House passed the bill unanimously. 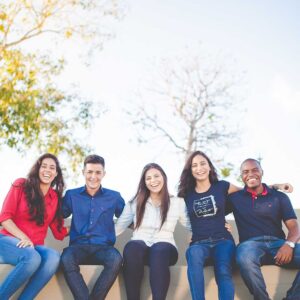