The Harper Government is attempting to pass legislation to control the tobacco trade on all Onhkwehonh:we Territories. That legislation is Bill C-10. The main reason, supposedly, for this internecine interference is the “supposed” misappropriation of tax dollars spent on the Native territories for Native smokes which are then not being funneled into government coffers.

One community, the Kahnawa:ke Mohawk Reserve, is attempting to put together a proposal of how to regulate and maintain control of the tobacco trade on their reservation. An important component of this reasoning concerns the issue of taxation. Subjects of the Crown pay taxes to the Government. We Mohawks are allies to the Crown and have never been its subjects.

The implications of adopting and creating regulations to appease the Canadian government for its loss of tax revenue are at best misdirection from the actual underlying purpose of the new amendments to the Canadian Criminal Code through the proposed Bill C-10, and will at worst lead to the loss and destruction of Native individuality, unique cultural identity, industry, all treaty relationships and reservations.

A special commission has been established in Kahnawa:ke to respond to the potential enforcement of Bill C-10 should it ever become legislation. The commission represents at least 10 manufacturers in the tobacco trade in Kahnawa:ke. The goal of this commission is to address the ‘problems’ arising from the diverse focuses of those involved in the tobacco trade on the Kahnawa:ke territory and “the right to be free from the imposition of laws, taxes, charges, duties or obligations of any kind by any government; internal or foreign.”

The Kahnawa:ke Tobacco Law and its regulations are to apply to all businesses involved in the tobacco trade within the territory of Kahnawa:ke. While the purpose of the Kahnawa:ke Tobacco Law (KTL) may be seen as an assertion of self-governance and ability to self regulate, the proposal also has its limitations. The intention of having tobacco sold at a reasonable and equitable price is admirable and beneficial to all. But the idea that one body, elected, can govern the rest of the peoples, involved in the trade or not, is unreasonable and a direct emulation of colonial control. The actual practices of the Canadian and American authorities concerning governance are also failing miserably. Why then would we want to copy a system of authority that is in desperate need of remodeling?

Manufacturers on Six Nations have reached out to the commission in Kahnawa:ke in an effort to find guidance concerning some sort of “regulation”. People are understandably frightened and concerned. Should the Canadian government be allowed to thrust its laws upon the shoulders of our people, all the efforts of our ancestors will have been in vain and our people will once again be relegated to a state of penury.

Those involved in the tobacco trade have a responsibility to seek out the will of the people and act accordingly. The idea that one community can stand alone and act as a ‘guinea pig’ for an experiment concerning absolute control on self regulation is absurd. Despite the obvious misguided nature of this venture, the ideation behind it is laudable. KTL uses articles 1 thru 6 from the United Nations Declaration on the Rights of Indigenous Peoples. The sentiments behind these declarations are noble and in the best interest of the people. On the other hand, the notion that the Kanienkeha:ka need to answer to proposed legislation, otherwise known as a threat of forced taxation and economic embargo from a so called “ally” is wrong.

Bill C-10 can effectively rip the heart out of the economic growth now occurring on the Onhkwehonh:we territories. Thousands of people and families will be without food and shelter in a heartbeat if we do not make a rejoinder to the reality of the Canadian state’s declaration of war. The KTL is an attempt to stave off an invasive force through mimicking an already corrupt and broken system. The absolute irony of emulating that broken system is the hypocrisy which puts lie to the mission statement of the KTL. If we cannot find strength within our people to unite and defy the impositions of an outside invader then we might as well forget about fighting and let the rape continue.

Elected band councils which have less than 5% of the general population cannot, nor will they ever, represent the will of the people. How then can a board put together by election and appointment within a community represent the best interests of the people? My intention is not to inflict useless criticism among people who are making an effort to address what they see as being harmful to the Mohawk communities. Quite the opposite is true, my intentions are to open the eyes of those seeking a solution and to support them in moving forward.

The answer that is being sought can be found within the Peoples of the Kanienkeha:ka. Standing with the Kaienkeha:ka are many nations that have been taken into our fold and act as one with us. We need not respond to outside authority/control.  Only by truly understanding our responsibilities to one another can we find our path and act suitably. The Two Row Wampum speaks to our non-interference on the paths of that which surrounds us. Our respect is then shown by helping those that need our aid to reach the utmost potential possible without altering their path. Has Canada stayed true to these tenets? Canada espouses much rhetoric concerning the respect they have for the Onhkwehonh:we on Turtle Island but laughably ignores all the impoverished realities of our day to day living.

The time of our Confederacy is at hand. We are the Confederacy and we need to start living and understanding what the footsteps our ancestors have laid bare for us. Creating regulation is a law that lives on the other side of our reality.

Opinion December 29, 2021 • 0 Comment
New Year’s Eve is an occasion to celebrate, and the last thing you want is a health and safety hiccup. No matter what plans you… 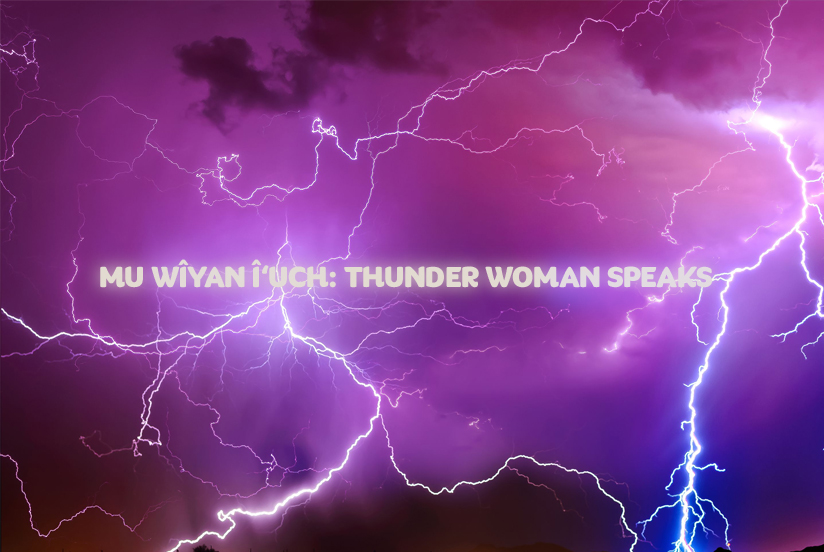 How is this Reconciliation?

Opinion December 22, 2021 • 0 Comment
HAMILTON — The Mississaugas of the Credit First Nation is calling out the Hamilton Tiger Cats football team after the franchise failed to include the…

The Canadian Taxpayers Federation’s politics are anti Indigenous _ so why do media outlets still quote them?

Since the beginning of the pandemic in March 2020, a total of 837 confirmed COVID-19 cases have been reported by Ohsweken Public Health

Opinion December 8, 2021 • 0 Comment
Since the beginning of the pandemic in March 2020, a total of 837 confirmed COVID-19 cases have been reported by Ohsweken Public Health. To date…

Opinion December 1, 2021 • 0 Comment
In this, the final installment of “Ungodly Alliance”, we talk with Rev. Dr. Wendy Fletcher, who served as the Anglican Church’s, Huron Diocese historian and…

Have you been paying attention to what is happening in the West?

Columns November 27, 2021 • 0 Comment
First Nation peoples need to wake up now. There is an urgency happening in the climate and environment that calls out to all First Nation…

Fraudulent claims of indigeneity: Indigenous nations are the identity experts

Opinion November 24, 2021 • 0 Comment
By Cheryl Simon, Assistant Professor in Aboriginal and Indigenous Law, Dalhousie University There is a growing movement to identify and call-out people who have fraudulently…

Opinion November 24, 2021 • 0 Comment
By Jim Windle In Part III of “Ungodly Alliance” we investigate more documentary evidence which was known by both the church and state on abuses…