Home Arts and Culture Cottagers and Indians: a food fight for the ages

“I hope you’ll be ignited by our play, and enjoy the great spirit of its humour” — Dew Hayden Taylor

PORT DOVER — Ojibway playwright Drew Hayden Taylor has created a play that highlights a topical narrative that unfolds each day across Canada in other forms. The play will be shown at the Lighthouse Festival Theatre in Port Dover on Saturday, January 26, as part of the One Act Festival.

Dubbed a “food fight for the ages,” the play explores the clash of cultures and values at Pigeon Lake between the two contrasts of a man and woman. 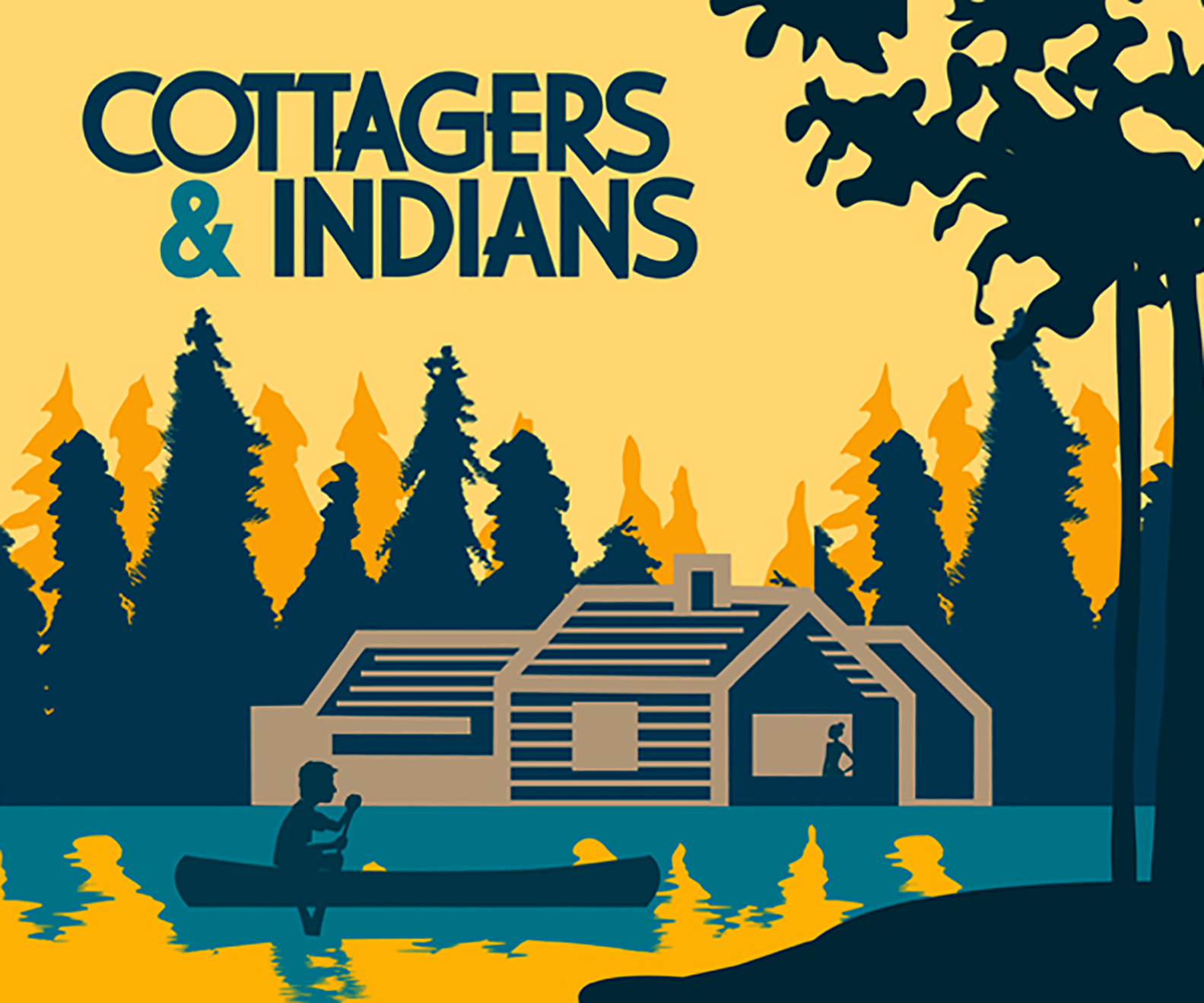 Out on the water paddling his canoe – or steering his noisy mechanized harvester – is Arthur Copper, an Anishnaabe whose ancestors were sustained by this lake for centuries.

Sitting on the dock of her cottage is Maureen Poole, a retired human resources manager from Toronto, for whom the lake in the Kawarthas represents a tranquil retreat from the bustle of the city.

The tension between this stubborn pair is boiling about as high as the fields of traditional Indigenous wild rice – called manoomin – Arthur has been growing in the lake, much to the chagrin of cottagers who complain that their formerly pristine waterway is turning into marshland.

“Among the most exciting and compelling aspects of Cottagers and Indians is its topical narrative – one that continues to unfold each day across our country,” said director Melody A. Johnson.

“This provocative argument asks us to listen and watch actively as jurors and confidantes, and then to weigh each of the characters’ vivid testimonies.”

The onstage battle is ripped from the headlines in Ontario’s cottage country. There really is a Pigeon Lake, where fed-up cottagers remain locked in an acrimonious dispute with a farmer from Curve Lake First Nation who is restocking the lakes with manoomin.

“It’s been said that everything is political – where you come from, what you eat, where you spend your recreational time. A story like this epitomizes the unfortunate differences between cultures, economic status, and people,” Taylor said.

“In one way, it’s quite sad that Cottagers and Indians is loosely based on real events. On the other hand, it’s quite silly too. You’ll find this happens frequently in the First Nations community… and in a few others I’ve heard but can’t confirm.”

Taylor is a prolific author whose personal reflections on Indigenous life often skew humorous, and his script contains no shortage of zingers delivered by both characters. But behind the humour are moments of touching humanity and sharp insight into the challenge of true reconciliation and coexistence.

“The premise – about our intense connection to land and water – demands that we look deeply at what’s truly important to us in terms of tradition and the preservation of our own lives and families,” Johnson said. “And although this battle is both current and serious, it is depicted here with compassion and humour. I hope audiences will be ignited by our play and enjoy the great spirit of its humour.”

Cottagers and Indians tickets are $25 each or $65 for a three-show subscription to the One Act Festival. Learn more at lighthousetheatre.com or call the box office at 519-583-2221.