This is the latest binge-worthy series put out by director Taika Waititi and chronicles the life of real life pirate Stede Bonnet, a prosperous plantation owner whose 18th century mid-life crisis drove him to abandon life on the land in favour of becoming “The Gentleman Pirate”.

The show, led by David Jenkins, is a hilarious look at the past — addressing things like historical instances of toxic masculinity and queer love — through the eyes of 2022. It also gives a fantastic modern-day nod to indigenous and brown skinned peoples experiences of history, piracy and that is where Farmer’s appearance in the show comes in.

Farmer was cast as the chief of an island tribe that captures Stede Bonnet. As usual, Farmer’s performance serves the audience that perfect deadpan indigenous wit he’s known for and he absolutely shines in a show with an all-star cast and a script that is inclusive and places indigenous stories from history in their rightful, comedic space. 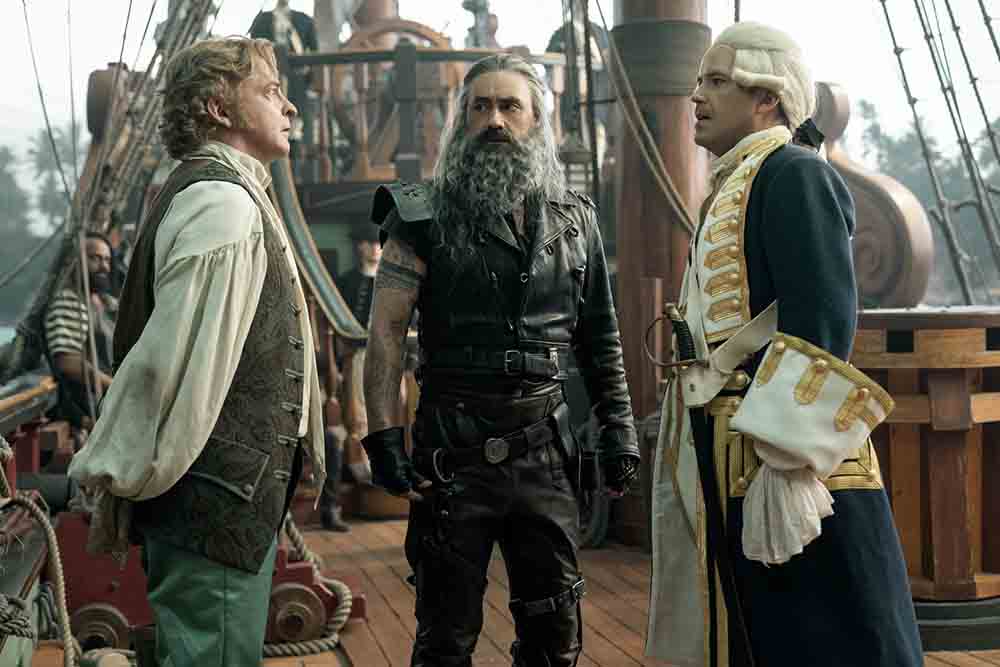 Showrunner David Jenkins was the mind behind 2016’s ‘People of Earth’. He spoke about ‘Our Flag Means Death’ and how the show has become a cultural phenomenon, outranking expected hits like Disney+’s Moon Knight since it arrived for on-demand streaming. It’s being raved about as the must-watch show of the year. In part, the show is being raved about for it’s LGBTQ+ inclusive storylines.

But despite the show’s pop culture explosion, the series has not been picked up yet for a second season — leaving audiences in limbo about the fate of Stede Bonnet and his companion Blackbeard.

Jenkins told The Wrap that he still has heard no word on the renewal of the show for next season but attributed the delay to changes at HBO Max and a delay in analytics from the streaming service.

Fans have turned to social media, begging for updates and renewals to HBO Max. Jenkins told Forbes in an interview that if HBO Max does not pick up the show for a second season that he would take it to another streaming service before leaving the audience with a cliff-hanger ending.

You can (and should) watch ‘Our Flag Means Death’ online now on Crave.