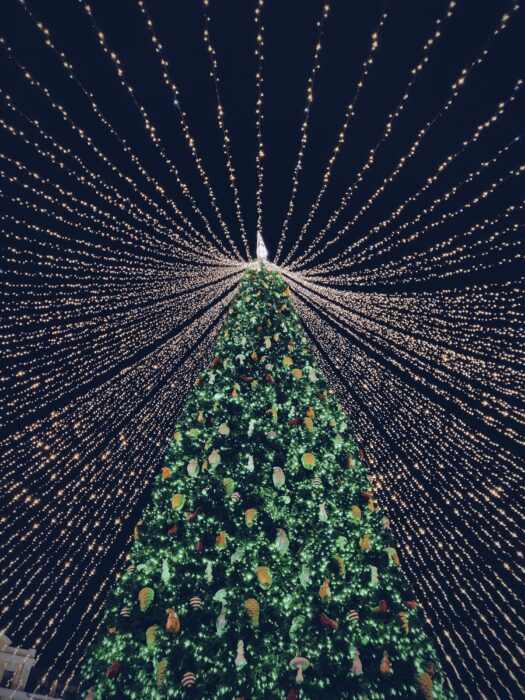 The Honourable Pablo Rodriguez, Minister of Canadian Heritage, unveiled this year’s Christmas Lights Across Canada programming on Nov. 19, allowing people across the country to celebrate the Canadian winter. From December 8 to January 7, 2022, a new multimedia projection will illuminate Parliament Hill and a national television show will unite Canadians for an evening.

People in Canada’s Capital Region can enjoy the new multimedia projection on Parliament Hill every evening from December 8 to January 7, free of charge. The 15-minute show will play on a loop from 5:30 p.m. to 11 p.m. It will combine digital imagery and music on the impressive backdrop of Parliament Hill’s architecture. You’ll see luminous sparks travelling across the Canadian landscape, adding light to winter evenings.

While in Canada’s Capital Region, people can enjoy the Pathway of Lights along Confederation Boulevard, a ceremonial route through the capital. As in other parts of the country, the lights will highlight many sites and monuments.

“For 37 years, Christmas Lights Across Canada has been a proud tradition that illuminates December. This year, let’s celebrate the beginning of winter by attending a free multimedia projection on Parliament Hill and following the Pathway of Lights along Confederation Boulevard, a ceremonial route through the capital. Let’s discover Canadian traditions and legends through the television program IllumiNATION – A Celebration of the Winter Solstice,” said Rodriguez.

The television show IllumiNATION – A Celebration of the Winter Solstice will invite Canadians to discover, share and celebrate Canadian traditions and legends. Hosted by Gregory Charles, IllumiNATION will feature a variety of artistic performances from across the country. Co-produced by Rogers TV Ottawa and Canadian Heritage, the program will take you on a journey from Ontario to Manitoba, Yukon, Nova Scotia, Alberta and Quebec.

To ensure everyone’s safety during the pandemic, preventive measures against COVID-19 will be in place in accordance with public health guidelines. More details will be announced shortly on the Christmas Lights Across Canada website.