By Rachel A. Snow

For this inaugural column, I will speak on education.

Our first education systems begin with the defining of kinship roles. In our languages we have great detail to define our relationships within our families, clans and then in defining the larger collective. These roles and relationships carry great weight for our people. The defined roles reach back to the time of Creation of Turtle Island and mark that we are distinct and original peoples.

It is as simple as knowing that our first roles come under the training of our mothers and immediate family. Babies are nurtured, loved and welcomed with each nation honouring the gifts of Creator with specific ceremonies. It could be a ceremony with the first solid food, the first laugh or first steps that signal lifelong learning. Following this for boys, there are rights of passage with the first kill and feast. For the girls, they are rights of passage when they become young women. These are not the only ceremonies or teachings that indigenous people retain.  These are some examples of teachings that were held to be Indigenous markers on the trail of life.

These concepts can now be placed in current boxes of what is considered “education”.

Yes, we, as original people, live in a different time and place.

Yes, we, as original people, require different skill sets and ways of living.

However, the ancient teachings, the basis of honouring the Creator, Creation and our original ways cannot be lost. If we lose the very things that make us distinct peoples, we have become colonized or assimilated participants in Canada’s agenda.

It was announced this past week at an Assembly of Treaty Chiefs (AOTC) meeting in Tsuut’ina (Calgary) by Carolyn Bennett, Minister of Indigenous and Northern Affairs (INAC), that the Assembly of First Nations (AFN) has given permission for 30 million First Nation Education dollars to be allocated to Paul Martin’s “Martin Aboriginal Education Initiative”.

Why do our “leaders” believe that a member of mainstream can make better use of First Nation education dollars than our own communities or educators?

First of all, Paul Martin, in his very short term as Prime Minister, instituted the two per cent cap on First Nation education dollars. This shortsightedness should be an action taken against the Federal government to recoup losses from two decades of harm to First Nation education. It is a matter for redress, not a matter to be “rewarded” to Martin and his initiative.

If our “leaders” have the mistaken belief that the descendants of the colonizers now “understand” our original approach to education, how can we measure this?

In her comments justifying this action, Carolyn Bennett drew on statistics that Walpole Island had been utilizing this program.

“It was successful for them and the government wanted to support a program it (deemed), successful,” she said.

Furthermore, from May 5, 2016, during the Indigenous and Northern Affairs committee (Meeting #12 Openparliament.ca), Bennett stated the dollars that go to Martin’s initiative prove to be “transformative”… we want these results to be replicated, now that “we” have proven it works.

It is not for First Nation educators who work in their communities to identify the funding shortfalls that need remedy. The Minister of Indigenous Affairs readily points to the successes of a settler/colonial initiative that has “proven results”.

Has any Minister or Federal representative ever stated that there is a First Nation that is funding or developing a program without the colonizer’s benevolent oversight that “they” would deem successful? This insight begs the question; who defines “success”?

Is success defined by mainstream settler standards or do the Indigenous people define it? In education we have a clash of world views. The spiritual component necessary for our children since the time of Creation is not included in Federal government “success” markers. The language that retains this spiritual connection is not a “success” marker. The understanding that education is life-long from womb to the final journey is not a “success marker”. If settler governments define education they have paternalistic markers of “success”. This approach to education, for the original peoples, will continue to cause harm for further generations.

Then, in looking at the Assembly of First Nation’s action to “give or allow” the allocation of dollars to Paul Martin’s initiative, we must ask why was this action not given consent, by the original people, before it was unilaterally made “on our behalf”?

It is the height of hypocrisy that AFN national chief Bellegarde, Bennett et al, were just in New York speaking about the need to implement the principles of the United Nations Declaration on the Rights of Indigenous People. One of the core principles is Free and Prior Informed Consent (FPIC). If the original peoples own “representative bodies” do not exercise these principles, how do we hope to entrench this concept into Mainstream governments? (That’s another column)

Finally, with this talk of education comes the spring season of graduations from high schools or various post-secondary institutions. There have been numerous postings throughout Turtle Island about the difficulty in wearing traditional clothing that acknowledges Indigenous nationhood. Many of our people are posting on social media sites about their triumphs or challenges. Earning an education has become a new right of passage that must be combined with our original teachings.

Our identities as original people are sovereign to this land.

First Nation sovereignty means knowing that our actions and words carry all our collective ancestor’s voices and pride.  Do not “ask” for permission in our own land. Make the sovereign action. Our ancestors stand with us.

Rachel Ann Snow is the daughter of late Chief John Snow Sr., from Mini Thni (Morley, Alberta). A grandmother, mother, niece, sister and auntie, she also has a mainstream business background and a Juris Doctor degree. She is also a member of the Ĩyãrhé Nakoda or Rocky Mountain Sioux. Follow her on Twitter @rachelannsnow and on Facebook at Rachel A. Snow.

Columns November 2, 2022 • Comments off
I’m looking after a friend’s plants for a few weeks and when checking in on them yesterday morning I found one looking pretty drowned. How…

7 spooky houseplants in honour of Halloween

Columns October 12, 2022 • Comments off
With each holiday comes its own catalogue of seasonally-appropriate houseplants for homeowners to fill their rooms with. With Christmas comes mistletoe and poinsettias. Easter brings…

Columns September 28, 2022 • Comments off
From the eastern shores, Canada has been passing the buck on the continued fishing wars throwing the decision making power to the Department of Fisheries…

Columns August 31, 2022 • Comments off
The season of sweaters, pumpkin spice, and falling leaves is fast approaching and some of our little plant friends aren’t designed to thrive in our…

Columns August 3, 2022 • Comments off
Green Tip: Macrame plant hangers are enjoying a resurgence in popularity as trends shift toward unconventional and eclectic decor. Don’t be scared to give it… 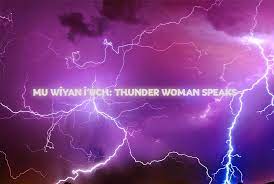 Columns July 29, 2022 • Comments off
Canada and the residual effects of the residential school genocide still prevail and trigger many First Nation Indigenous today. Canada bandies about words like reconciliation…

The Aesthetic Snail July 20, 2022 • Comments off
Compacted soil, yellowing leaves, fungus gnats or worse. Whenever I see a plant showing signs of trouble, I start to wonder what I may have…