With each holiday comes its own catalogue of seasonally-appropriate houseplants for homeowners to fill their rooms with. With Christmas comes mistletoe and poinsettias. Easter brings peace lilies. And some people get roses on Valentine’s Day. When it comes to Halloween, I’ve scoured the Internet for some of the spookiest houseplants you can find. Some are better left outside the home, like the corpse flower. Read on to find out why.

Bat flower
The Tacca chantrieri is an orchid also known as the bat flower. This flower has a unique visual look, mimicking the appearance of a bat in flight with its deep purple and brown blossoms and long-hanging whiskers.

Corpse flower
The website livescience.com says the corpse flower is the largest and smelliest flowering structure in the world. The corpse flower, also known as titan arum, reeks of rotting flesh and death when in bloom. Lucky for us, this stinky plant blooms once every seven to nine years and each bloom only lasts 24 to 36 hours.

The unpredictable blooming spectacle makes this enigmatic flower a popular visitor attraction at botanic gardens worldwide. The putrid-smelling plant has intrigued botanists since it was first scientifically described by Italian botanist Odoardo Beccari in 1878.

Colocasia Black Magic
The plant most likely to fit Morticia Addam’s aesthetic (which who knows, could be yours too) is the colocasia black magic, also known as black elephant ears. This perennial grows large arrow-shaped leaves that slightly resemble, you guessed it, elephant ears. gardenbeast.com says the leaves emerge as light green but they turn into a deep purple, almost black shade as they mature. In the wild, this plant can reach a maximum height of 2.5 metres and a maximum spread of 1.5 metres.

Purple oxalis
If you’re after something low-maintenance but still Halloween-ey, consider purple oxalis. This is a very low-maintenance perennial and grows well in direct sun, but it can also make do with partial sun. It prefers well-drained soil with an acidic pH. If cared for right, it can bloom from spring until winter.

Ghost plant
I don’t think this plant could have not made the list based on its name alone. This plant has no chlorophyll (the chemical enabling plants to absorb energy from the sun, which gives most plants their green colour). So a ghost plant is technically a parasite that feeds on trees and just looks spooky.

Devil’s helmet
With myriad nicknames, including wolf’s bane, Queen of All Poisons, blue rocket, and women’s bane, devil’s helmet manages to live up to its namesake. The plant has poison that can be absorbed through small cuts in the skin and may even cause the heart to slow down. According to gardencollage.com, the devil’s helmet is a popular choice for gardens. 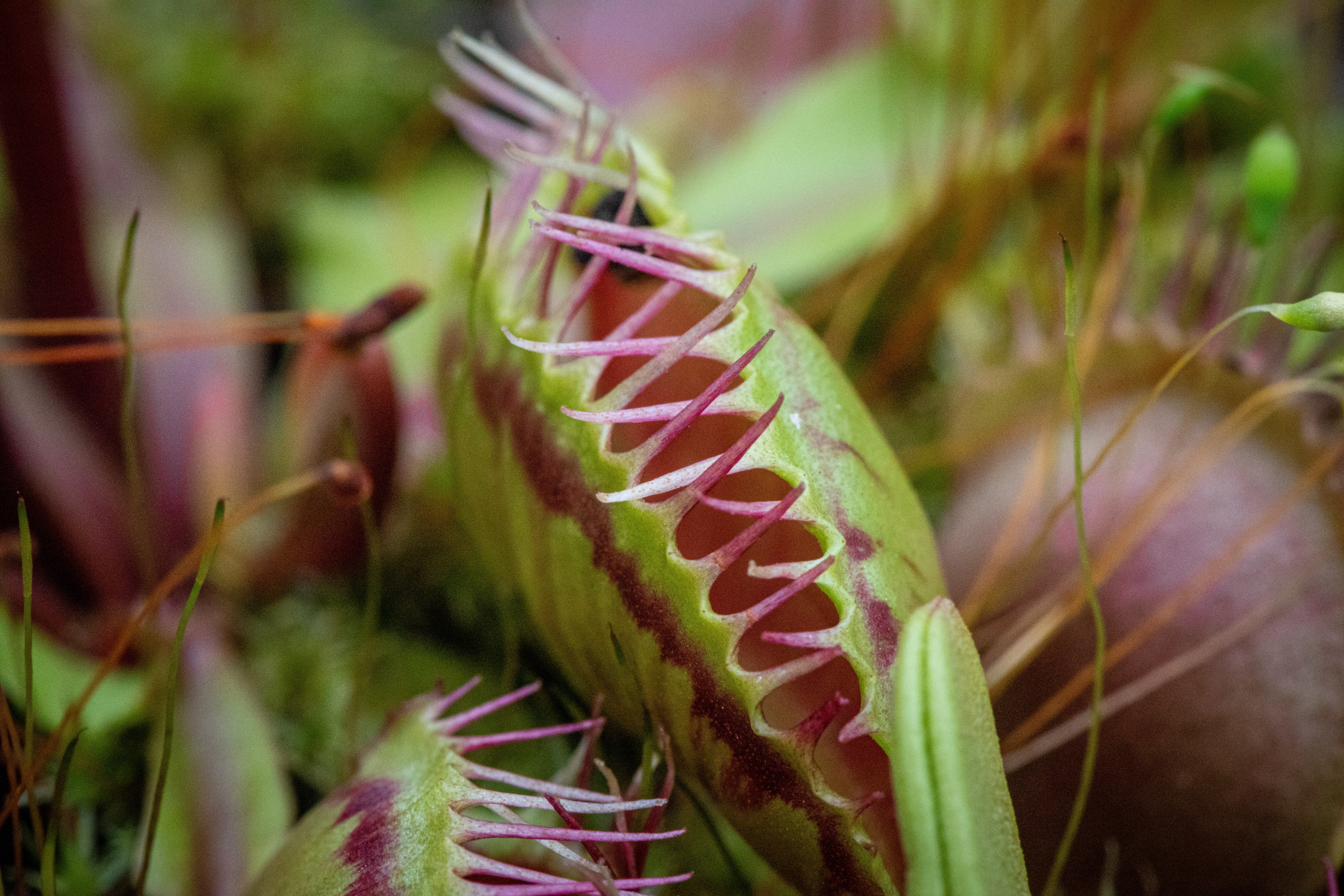 Venus fly trap
Just like the ghost plant, the Venus fly trap had to make an appearance on this list of spooky plants. As cliche as it may seem, this is the ultimate spooky plant. gardenbeast.com says this plant is way less dangerous than the media makes it out to be and wouldn’t try to digest a human. Its leaves are hinged with bristles that sense prey which causes the trap to close and encourages the plant to release enzymes that digest the prey. Rarely anything larger than a housefly, or spider though.

Columns November 16, 2022 • 0 Comment
By Dana Lepofsky, Christine Roberts, and Sean Markey We are standing in a circle on an expansive beach in front of an ancient rock-walled fish-trap…

Opinion November 16, 2022 • 0 Comment
Further to the case conference endorsement date September 21, 2022, and in Particular paragraph 2 (b), the Men’s Fire of the Six Nations Grand River…

Columns November 16, 2022 • 0 Comment
By Dana Lepofsky, Christine Roberts, and Sean Markey We are standing in a circle on an expansive beach in front of an ancient rock-walled fish-trap…

Editorial November 2, 2022 • 0 Comment
There is a beautiful tradition among the people of the Confederacy and those who follow the Great Law of Peace that has been the inspiration…

Columns November 2, 2022 • 0 Comment
I’m looking after a friend’s plants for a few weeks and when checking in on them yesterday morning I found one looking pretty drowned. How…

Opinion September 28, 2022 • 0 Comment
By Emily Grafton and Jerome Melancon The recent mass killings at James Smith Cree Nation have left many trying to understand what could have led…

Columns September 28, 2022 • 0 Comment
From the eastern shores, Canada has been passing the buck on the continued fishing wars throwing the decision making power to the Department of Fisheries…

Opinion September 21, 2022 • 0 Comment
By Lisa Kerr The violent acts of Myles Sanderson in the Saskatchewan stabbings have raised many questions about why he was in the community of…