CALEDONIA – Like they say in sports, it ain’t over ‘till it’s over. But sometimes even then it ain’t over. Such is the case of the Caledonia Pro-Fit Corvairs.

When the regular season ended, the St. Catharines Falcons had edged out the Corvairs for first place in the Golden Horseshoe Conference by one point, 91-90.

But, Corvairs general manager, Brian Rizzetto, happened upon a rule violation against St. Catharines that changed everything. It seems the Falcons dressed one too many import players for two games at the end of Januaray, and Rizzetto thought that might be something the league officials would like to know.

Rizzetto knows all about the more obscure rules of the GOJHL. It wasn’t that long ago that he was found to be the culperate in a similar situation when the Corvairs were the Brantford Golden Eagles. And he paid heavy for it.

“They say that if you die at 99, you will be the smartest you’ve ever been,” said Rizzetto. “As you go on you learn stuff. What I did in Brantford was wrong and I know it. But I paid my debt (removed from the league for a year), and I learned from it.”

Upon investigation, the league ruled that Rizzetto was right and took away two points from the Falcons reducing their regular season to a second place finish. The ripple effect is that they will now face the Fort Erie Meteors in the first round, and the Corvairs will face off against the Port Colborne Pirates. But Caledonia will also have home-ice advantage throughout the playoffs.

What makes it worse, if you are a Falcons fan is, the guy that dressed illegally, didn’t even touch the ice. He was a back up goalie that never played. Jeff Maxwell is from Waterdown, which is outside the St. Catharines’ jurisdiction, and therefor, he is an import player. Trouble is, there were already the maximum number of imports already dressed.

Rizzetto won’t say it and would rather the whole thing be played down, but you gotta believe he feels at least some sense of satisfaction in the findings of the league this week.

That was the set up Saturday evening on the last day of the regular season.

At the Cayuga Arena, the Thorold Blackhawks took a 6-1 body punch at the hands of the playoff-ready Corvairs.

The second period was close until, with five minutes left, Patton scored his second, and then third goals of the game within a minute and a half before Scott Dorian closed the period with Caledonia in front, 5-1.

With the game well in hand and the playoffs right around the corner, the Corvairs turned it down a notch in the third, and coasted to a 6-1 win with Connor Murphy adding the final goal at 12:48.

Final positions for several teams, league-wide were determined with Sunday’s last games of the regular season. The 2014 playoffs begin later this week.

On Friday night at a rare appearance at the Gaylord Powless Arena, the Corvairs struggled to hold off a third period rally by the Ancaster Avalanche.

Scott Dorian got the Corvairs off on the right foot at 2:53, assisted by Connor Murphy. They then let the Av’s into the game when Steve Camegna was called for slashing and on the subsequent powerplay Luke Zupan tied the game at 1-1.

Murphy gave the lead back to Caledonia at 12:12 with Jake Brown and Jeff Malott assisting.

There was no scoring in the second period until 19:36 when Malott put the Corvairs up 3-1, on a powerplay, assisted by Kyler Nixon and Murphy.

Justin Abraham put even more distance between the teams at 7:37 with his goal assisted by J Brown and Malott who had a 3-point game.

Rather than pull the plug and accept the defeat, Ancaster turned it on and scored twice late in the period to make coach Mike Bullard’s heart beat a little faster. But that was all the Avalanche had left in the tank, and the Corvairs hung on for the 4-3 win. 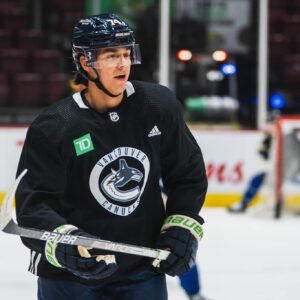 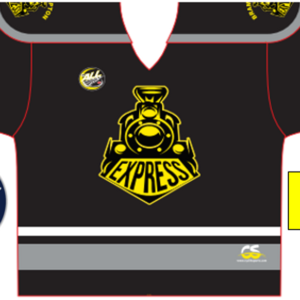