TORONTO – The Rochester Knighthawks won their first road game this season, handing the Toronto Rock a 17-9 loss on Saturday at the Air Canada Centre.

Rochester improved to 5-2 with the victory and dropped Toronto to 3-4, as it suffered its first home loss of the season. The Knighthawks are now 2-0 this season against the Rock.

Dan Dawson and Cody Jamieson led the offense with 10 points each in the highest-scoring game of the season for the Knighthawks. Dawson tied his career high with 10 assists and in the process passed the 600-assist plateau. Meanwhile, Jamieson tied his single-game best with five goals and set a new mark with 10 points. With the two Knighthawks’ forwards combining for 20 points, Rochester erased a 7-5 second-quarter deficit by scoring the game’s next 11 goals to pull in front, 16-7.

Toronto’s Colin Doyle led the Rock with four goals and one assist. He scored Toronto’s first four goals as he gave the Rock leads of 3-1 and 4-2. Jamieson started the Knighthawks three-goal scoring streak when he spun around his defender to get an open shot at Rose. Then 1:22 later, Walters scored to tie the game at four.

Keogh drove to the crease to notch his first of the night 1:54 later, giving the Knighthawks their first lead of the night. Toronto, however, would score the next three goals before an 11-goal run from the Knighthawks. Jamieson started the run with 2:22 left in the second. Johnny Powless scored at 14:04 followed by goals from Keogh and Cory Vitarelli to end the quarter with a score 9-7 Rochester. The Knighthawks scored their last four goals of the quarter in less than two minutes.

Vinc held the Rock scoreless for 19:47 in the third quarter where the Knighthawks offense took over. Jamieson scored just over two minutes into the quarter to give Rochester a three-goal lead. Keogh scored his hat trick goal with 43 seconds left on a Knighthawks’ power play from a behind-the-back pass from Dawson. Less than two minutes later, Scott Campbell beat the Toronto defense to score on transition, making it 12-7. Keogh recorded one more goal before Jamieson put in his fifth of the night past Rose on the power play.

Toronto’s back-up goalie, Zak Boychuk, then relived Rose and took over for the remainder of the game. Walters and Vitarelli each scored to finish off the Knighthawks’ run. Toronto scored its lone goal of the quarter with less than two minutes left, but Rochester had a solid 16-8 lead heading into the last quarter of the game.

Walters got his hat trick goal 8:31 into the fourth, which was the only goal that Rochester scored in the final quarter of the game. Toronto’s Garrett Billings (1+3) was able to put one more past Vinc before the game ended.
The Knighthawks will travel to Calgary for their lone game this season against the Roughnecks on Saturday, February 22nd. The 9:00 p.m. game will be streamed live on The Lacrosse Network’s YouTube channel and broadcast live via Sportsradio 950 ESPN and www.sportsradio950espn.com. 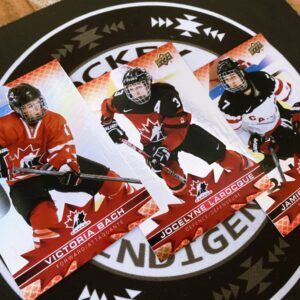