There is nothing more savoury then a homemade burger that is grilled to perfection. That’s exactly what you can expect at Burger Barn, located on the Six Nations Reserve. Open seven days a week, Burger Barn has a wide variety of food choices on their menu. Dine-in or take-out, you won’t be let down.

Burger Barn Manager, Joan Hill explained that almost everything on the menu is homemade. “We try as much as possible to make everything from scratch, including our garlic mayo, balsamic dressing and our burgers are made daily and salads are made to order.”

Burger Barn first opened it’s doors in July 2011 and was an instant best-seller. They were featured in The Food Network’s You Gotta Eat Here. Filming took place in April 2012 and the show was aired in February 2013.

“After the show aired on The Food Network, we seen a steady rise in customers. Weekends are always busy. People traveling to the lake usually stop in to grab a bite to eat also,” stated Hill. Burger Barn sees an equal number of off as well as on-reserve customers. “It’s a good mix,” stated Hill who employs 35 staff members.

Burger Barn also has another location. “Burger Barn Express location was open before the one on 4th Line. It was our test kitchen, stated Hill. “We wanted to see how well people liked our menu.” Located at 7135 Townline Road, it is take-out only with a shortened menu and includes many of the best-sellers from the 4th Line location. It also has an all day breakfast menu and has freshly ground burgers. The number to order is 445-2518 and is open 8am-8pm, Monday to Friday.

Burger Barn also features vegetarian options. Hill stated that she is working on a new menu which should be available on or around June 1 and will feature a number of new burgers.

Right now the best selling burgers are the Blazin Burger which is dusted with jalapeno peppers, homemade barbeque sauce and Monterey Jack cheese. The other great bestseller is the Barnyard Burger. The menu also includes a Kids Menu, delicious mouth-watering desserts and milkshakes.

Burger Barn uses fresh produce everyday. “We try to stay locally grown as much as possible. Our cheese comes from Jensens and our produce we get from a market in Brantford,” stated Hill.

Nine out of ten new restaurants fail in their first year. Asked on what their biggest struggles were at Burger Barn in their first year of operation and what their key to success was, Hill stated, “We had no idea what to expect. At first we thought we built our restaurant too big. We relied on a mixture of looking at what you can’t get around here, such as nice juicy homemade burgers. We also have a unique flavour combo. We have large portions and customers get their dollars worth.”

Burger Barn Manager, Joan Hill stated, “We feel really blessed. Our customers have been so supportive. Word of mouth is everything.” Burger Barn is open seven days a week from 8am-9pm and is located at 3000 4th Line Road. You can reach them at 519-445-0088 and their website is www.burgerbarn.ca. 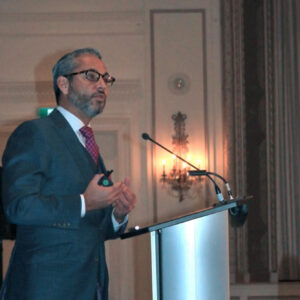