If you drive down 6th line following the curves of the Grand River you will come across two of the three sites where the Six Nations Farmers Association (SNFA) has planted community white corn that is ready for harvest.

According to SNFA head Arthur Porter of the Oneida Nation, “The field that’s down on River Range Road, is the one that was planted later, and it’s actually good right now for ceremony. It’s good if somebody’s going to make green corn”.

The SNFA invite all Six Nations community members to visit any of the three growing sites and pick your own white corn that’s ready for harvest.

The sites are located at:

Porter explains, “We’ve been growing white corn consistently for a few years to help our community and the elected system has been kind enough to fund the projects, and we try to grow around 20-25 acres.” In speaking to the Two Row Times, Porter mused that, “We get a lot of good reports, people stop and compliment us on what we are doing. Sort of helps us to know that we are doing something good for the community. It takes a little bit of work, a little bit of time and land, but it’s good. We want to give back to the community, that’s the goal here.”

Fellow member of the SNFA, Ralph Sowden of the Mohawk Nation, adds that “We didn’t just start it a few years ago, us guys [SNFA] have been doing it for quite a few years. It’s been 10-15 years that AJ Farm’s has been doing it. And the [Elected] Council has just pitched in the last two/three years to help us to do the buying of the corn, the seeds. The seeds are expensive.”

In exploring the reasons behind why this project was started and taken up by the SNFA, Ruby Jacobs, Mohawk Turtle clan, who is the SNFA’s Secretary and Treasurer explains, “A couple of years ago there was no white corn; a shortage that stimulated a concern across the community and the farmers felt it and wanted to do something.” Porter adds that “in one of our meetings it was discussed how we could start to put something back and we started farming white corn as a group in the Farmers Association. And it just kept going from there and we want to keep it going. We want to have corn available as long as we are farming. It’s a staple for our community and to give back in that way is great.”

When asked about what are some of the challenges about getting the community white corn project off the ground, Porter shares, “Weather is the biggest part in growing anything on the farm… and we’ve had children ride through our crops, like ride though the corn. There’s been quite a bit of damage down there where they went through. It’s sort of picked up this year for some reason. We have worked with the police to get into the schools to tell the children, ‘Don’t ride in the fields!’”

For Porter, Sowden, and Jacobs, farming along with stewardship of the land and care for community has deep cultural and family roots. Porter emphasizes, “I think when you’re a farmer, an old school farmer I’d say, you want to help your neighbor, you want to make sure they have enough, if it’s white corn or extra potatoes you pass it on.” To that Sowden highlights, “I guess it’s just a community thing…There aren’t many people who want to help as its dollars that you see today, and there’s isn’t dollars at the end of the row I’ll tell ya…It’s got to be a community thing, help another out.” Jacobs reflects, “Because I came from a farm, I really understand the importance of that way of life in order to sustain your family, community, yourself and the Haudenosaunee culture, the way of life of the Haudenosaunee people.”

The SNFA, along with the community white corn project has plans of expanding their work and impacts in the community. Porter divulges, “We’ve been working on plans to get land to store our own grain, would be better than taking her off the territory, plus a cold storage facility. Somebody would raise eggs; raise chickens, so we would have our own chickens, either way. There’s no reason in the world why we shouldn’t have our own… we’ve got some plans in the works. It’s just going to take a little time to get it, but hopefully before Ralph and I hang up our pitchforks. We want to have something in place for the next generation to carry on.”

food October 5, 2022 • Comments off
The holiday season is a popular time to entertain. Food is often a focal point of holiday season entertaining. Individuals who navigate food allergies or…

food October 5, 2022 • Comments off
This recipe for homemade hot apple cider comes to us from asweetpeachef.com where Food Writer Lacey Baier shares her favourite way to make this fall…

food October 5, 2022 • Comments off
Most families would say they have the perfect scone and frybread recipe and the delicious breads are guaranteed to make an appearance at this year’s… 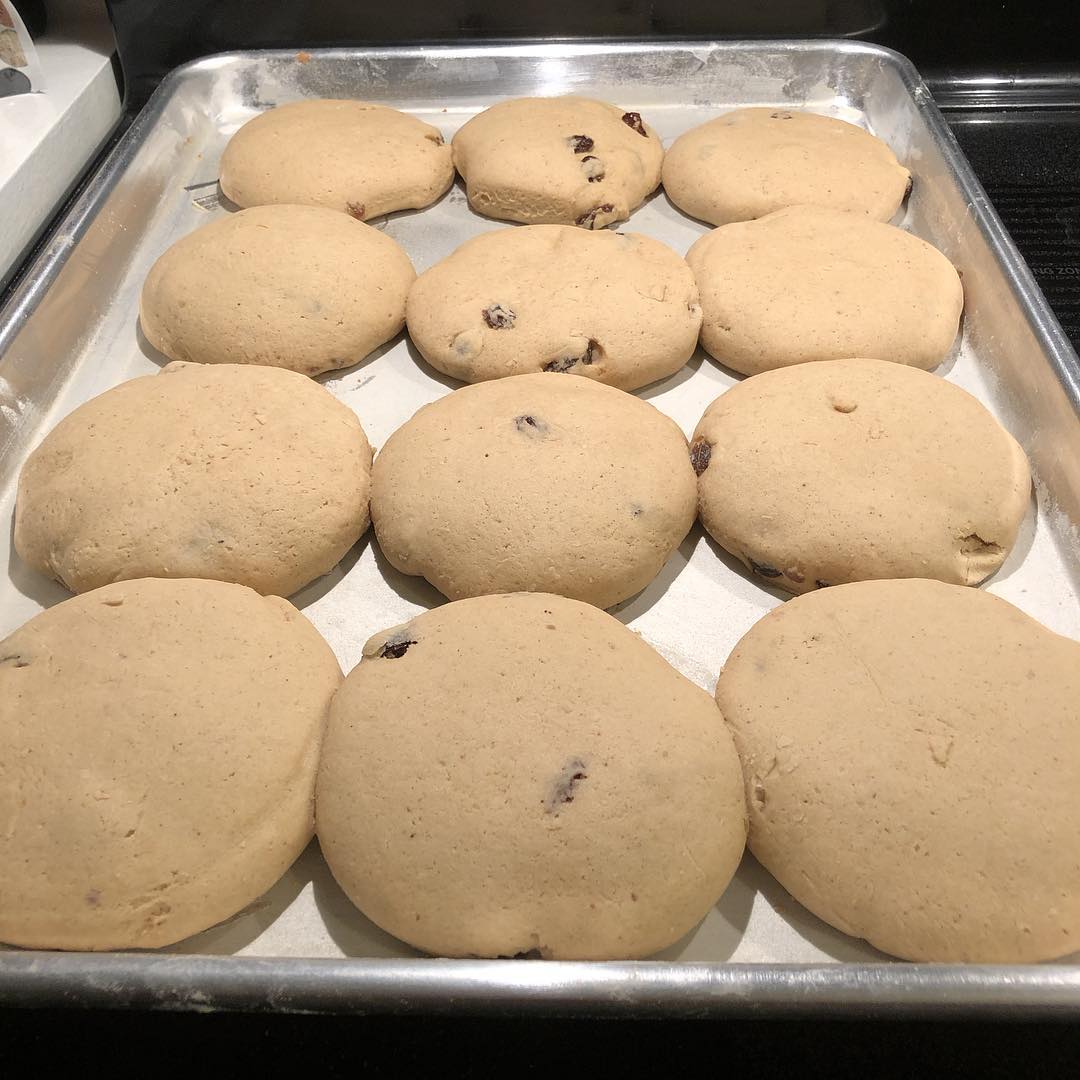 food December 25, 2019 • Comments off
Indian Cookies are a staple of the Nu Yah/New Year festivities at Six Nations. On the first day of the year children will go door…

Tame your spaghetti monster with this easy garlicky dish

food March 27, 2019 • Comments off
The late-night spaghetti monster will be tamed with this flavour-packed pasta that comes together quickly from pantry ingredients. The key here is making the most…

The History of Six Nations New Years traditions: what is ‘No:ia’?

food December 26, 2018 • Comments off
In many Haudenosaunee communities, waking up early for “No:ia” (new-ya) is something that provides fuel for an age-old tradition and a pick at sweets for…

food February 7, 2018 • Comments off
Recipe from bitememore.com With this simple and scrumptious Cinnamon Heart Candy Popcorn, you can bring sweetness, spice and saltiness to snack time. Ingredients 10 cups…

Does anyone know what morels are?

Arts and Culture May 17, 2017 • Comments off
It is said when our grandfathers, the Thunders, are first heard in the spring, they are awakening all things here on earth from the cold…

food February 24, 2016 • Comments off
This is Doug Henhawk’s favourite Healthy Roots adaptation of a traditional southern fried catfish recipe opts for white corn, duck eggs and walnuts. It is…

food February 24, 2016 • Comments off
This recipe, courtesy of Healthy Roots participants Team GenHawk has become a go-to family recipe during the challenge. So simple and very satisfying. 3 large…