The Two Row Times recently sat down and spoke with Latoluts (Jesse Ireland) from the Oneida nation. Jesse’s Onkwehon:we name means ‘he hunts’. Now 55 years old, and dealing with some health issues, Latoluts can no longer hunt like he used to, but he has taken on a role of mentoring young hunters. Latoluts stated that his favourite animal to hunt was racoon, as he used both the fur and the meat of the animal. He wanted to remind us that you must not interfere with anyone else or the environment in whatever you do. He humbly mentioned some of his past involvement in supporting the people in Ipperwash, Oka, and at Kanonstaton, saying; “I’m just a helper, that’s my duty.”

Before speaking about hunting, Latoluts first described his memories as a child, which guided and shaped him into the man he is today. As a young child, he lived with his grandmother, a clan mother from the Turtle family. At the time, he did not realize that he was being trained, but reflecting now, he was able to recognize the ways in which his family contributed to his understanding of what it means to be Onkwehon:we. He recalls his grandmother and grandfather rising early every morning with the sun and reciting the thanksgiving address.Latoluts was asked to be a hunter for the family, and also given the responsibility of being able to activate any role within the confines of his family, except for clan mother and chief, meaning if someone falls he would be able to take their place for however long was needed.

Latoluts shared some detail about the oppression he faced from the ‘white man’ and the Canadian court system. In 1989, he was charged with ‘hunting out of season’. By 1990, the courts dropped the charges, finally agreeing that the 1701 Nanfan Treaty was a legal document that applied to Latoluts. Latoluts did not hesitate to note that all Onkwehon:we people are privy to the rights outlined in that treaty, but this is a fact that the government would rather keep hidden.

Latoluts recalls hunting with his son in ‘provincial parks’ with no problems for years. Until one day, when his son was around 12 years old, the warden of the park took away their guns, and what he calls their ‘groceries’. Later on, two of his sons were charged with ‘night hunting’, but once again had the charges dismissed by referencing the Nanfan Treaty. He was saddened to say that nowadays ‘we can not walk down the road and see a man with a gun, people would report it, (but) seeing men go to a hunt should be normal to Onkwehon:we people.”

Latoluts did not dance around the effects of colonization on himself and personal conclusions he draws from hunting. He suggested that hunting restrictions often parallel other enforced laws that “make Onkwehon:we people scared of our natural way” and feel like intruders on their own territory. He recognized that some may disagree and perhaps even have different experiences, but he is happy to share his opinion because that opens up the subject for discussion. He believes that ‘they have manipulated our minds away from the wampum’, and some Onkwehon:we have been adopting into rather than adapting to the white society.

At age 9, he remembers being put on display for white audiences, being forced to dance for their entertainment. He believes Onkwehon:we people do not need a gun licence, and more so that “they used the guns to trade with us, and because they gave them to us, they think they can control it (gun regulations and laws). Its the same with this Bill C-10, they are trying to say that our tobacco is only illegal when we have it. Should it not be the white people doing land claims? White man’s words are being applied to us through our own people, and it’s called band council.”

Latoluts definitely gives us a lot to contemplate around what he believes it means to be Onkwehon:we. He also continued to stress the importance of hunting. “A baby’s first need is food, I eat everyday, hunting is our way of life. Do it, worry about the consequences (from the outside world) later.” 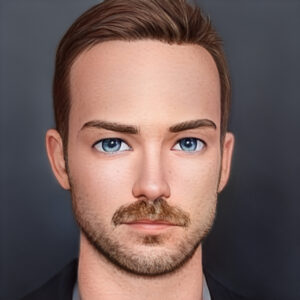 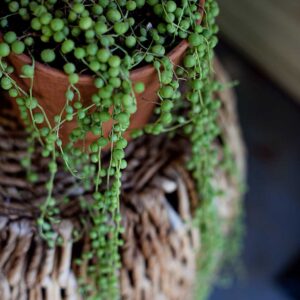 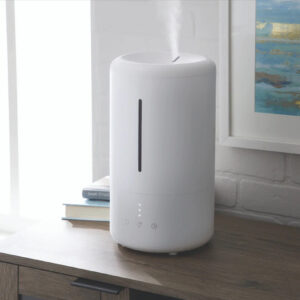 Humidi-don’t mind if I do

Home & Garden January 27, 2016 • 0 Comment
In examining the ancient roles of the Haudenosaunee, both men and women are viewed as equal, but both are recognized as holding separate duties. Tying…

Ode to the mighty turkey

Home & Garden January 27, 2016 • 0 Comment
Local hunters are reporting that it was a late rut this deer (oskenón:ton) season due to the unnaturally mild winter, so now is the…

Home & Garden November 25, 2015 • 0 Comment
The go-green movement may have humble beginnings, but now men and women across the globe make everyday decisions with the environment in mind. Private citizens…

Why we should save the bees

Home & Garden June 17, 2015 • 0 Comment
In recent years, there has been a growing concern among beekeepers and environmentalists about the rapid decline of honeybees. Just last year alone, Ontario beekeepers…

Homecare June 17, 2015 • 0 Comment
Living a waste-less lifestyle can be a challenge for any individual. It demands time, commitment and effort in our already busy lives. However, these sacrifices…

Upcycling: an awesome way to recycle

Homecare June 17, 2015 • 0 Comment
Last week we talked about the importance of including recycling in your overall waste management plan. This week, we’re going to talk about another important…

Homecare June 17, 2015 • 0 Comment
As the summer quickly approaches, there is no excuse to get outside, enjoy the fresh air and sort all the recycling that you may have…