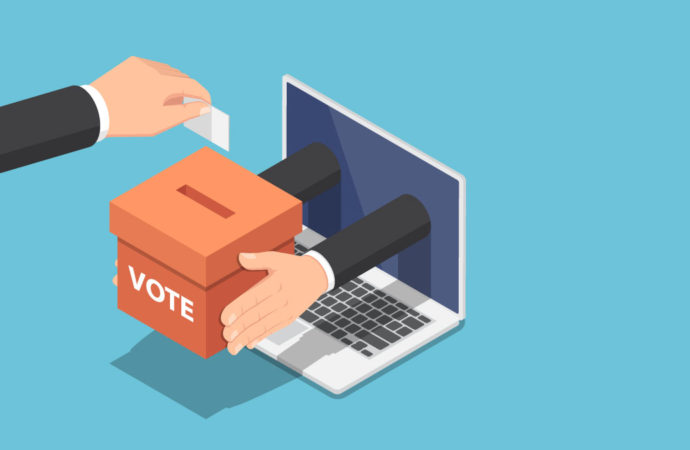 OHSWEKEN — Six Nations General Election is coming up and will include online voting. But is there a loophole in the process that leaves room for illegitimate votes to be submitted? Two Row Times was approached by a concerned community member who has asked to remain anonymous, sharing that there are efforts in the community

OHSWEKEN — Six Nations General Election is coming up and will include online voting. But is there a loophole in the process that leaves room for illegitimate votes to be submitted?

Two Row Times was approached by a concerned community member who has asked to remain anonymous, sharing that there are efforts in the community to gather non-voting band members status card information in order to submit multiple online votes and skew election results.

Online voting opens October 18 and is being organized by a company called OneFeather located in Victoria, BC. The organization conducts election services for First Nations across Canada and even touts status card renewal services on their website.

OneFeather’s online voting system has been utilized on Six Nations before — in the 2019 referendum vote for the Citizenship Code.

According to instructions sent out by OneFeather, in order to vote online band members need only supply their date of birth, band number and an email address in order to register to vote.

Once that part of the process is complete — a secure link is sent to the members provided email account and a subsequent PIN number is given to permit the member to be allowed to vote in their local election or referendum.

The problem is — the company does not appear to have any securities in place to guarantee that the person on the other end of the keyboard is in fact, the status card holder themselves.

This differs from other online voting processes in the region. For example, Brantford’s last municipal election required voters to have print copy of a voter registration card that was sent via regular mail to eligible voters ahead of online registration.

TRT reached out to Lawrence Lewis, CEO and Founder of OneFeather to ask what processes they have in place to confirm the identity of online voters and prevent illegitimate accounts from being created by persons who have multiple band members information and are creating fake email accounts.

“Our verification and voter authentication requirements require the voter to complete a number of steps of prove they are an eligible voter – just having a status card number would not be enough.  For example, we utilize secure links, PIN (unique personal identification number), additional voter information, and other secure data architecture protocols to both protect the anonymity of the voter and ensure they are an eligible voter,” said Lewis.

TRT asked Lewis if there were security measures in place to prevent multiple votes from coming through the same computer IP address.

Lewis said, “The IP address is really irrelevant given our verification and authentication protocols. However, we do monitor for any ‘bad actor’ activity…which does look at IP addresses for phishing or other attacks (so we do have the ability to shut down an IP address if it keeps trying to penetrate our security, firewall and other measures).”

TRT again asked what security measures OneFeather has in place to guarantee that the person behind the keyboard is in fact the band member registering to vote.

Lewis responded via email saying “We have put safeguards in place, and implemented established and accepted best practices for electronic voting…criminal and fraudulent behaviour is a reflection of those bad actors not the nature/security of our platform.”

TRT reached out to the Chief Electoral Officer Steve Williams and has not received a response at press time.

Cocaine for sale with children in home

COVID case counts continue to rise as another death reported