SIX NATIONS — A crash at the intersection of Highway #6 and Fifth Line Road took the lives of two men and severely injured a third just outside of Caledonia at around 1:45 early Monday morning. A black pickup truck broadsided a southbound transport truck at the intersection when it appears the pickup did not stop at the stop sign.

The driver of the pickup truck was identified as 29-year-old John Hill and his passenger as 33-year-old Peter Bomberry both from the Six Nations of the Grand River Territory. Both men sustained fatal injuries and were pronounced dead at the scene by the attending coroner.

A third man, 30 year old Josh Burnham – also of Six Nations – was cut out of the wreckage by the Haldimand County Fire Department and taken to Hamilton General Hospital with critical injuries. The driver of the transport, 56-year-old Ted Rowe of Glencoe, Ontario was not injured. Further investigation has revealed that the pickup truck registered to a New Brunswick address was reported stolen on Thursday Aug 21st, 2014 from a Halton Region, Ontario address. Lack of seatbelt use, speed, and failing to stop for a stop sign are being considered by the police as contributing factors in this collision.

Local News June 22, 2022 • 0 Comment
Twenty-two-year-old Chelazon Leroux is a Two-Spirit, Dene drag performer living in Saskatoon who will be a contestant on the third season of Canada’s Drag Race.…

Local News June 22, 2022 • 0 Comment
Cities across the country celebrated National Indigenous People’s Day yesterday but despite all the pomp and ceremony, at least one Six Nations elder says there…

Local News June 22, 2022 • 0 Comment
For what might be one of the first times on Six Nations, Grand River Live is set to host Drag Queen Bingo next week at… 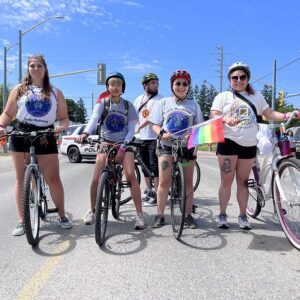 Local News June 15, 2022 • 0 Comment
Even though there were more walkers than bikers at this year’s Ride4Pride, Six Nations Pride Outreach organized a very successful third annual event. Vendors and…

Local News June 15, 2022 • 0 Comment
An Indigenous-led partnership is moving ahead with plans to host the 2030 Winter Olympics in Vancouver and Whistler. The group unveiled more details of their…

Local News June 15, 2022 • 0 Comment
In what promises to be an exciting Indigenous People’s Day (also known as Solidarity Day) after two years of lockdown stopped events countrywide, Ontario will… 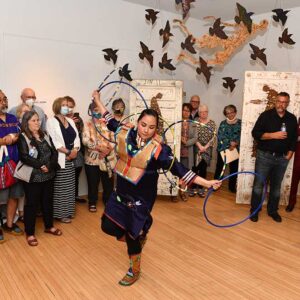 Local News June 15, 2022 • 0 Comment
Lynnwood Arts has opened their doors with the launch of the exhibit Rebuild, Restore, Renew Together. The exhibit, in partnership with the Brant-Haldimand-Norfolk Catholic District…