SIX NATIONS — A park and its’ pavilion on Fourth Line at Six Nations was renamed in honour of two late elected council members.

The park was named in memory of the late Robert Johnson, a Vietnam veteran and one of Six Nations Elected Council members. 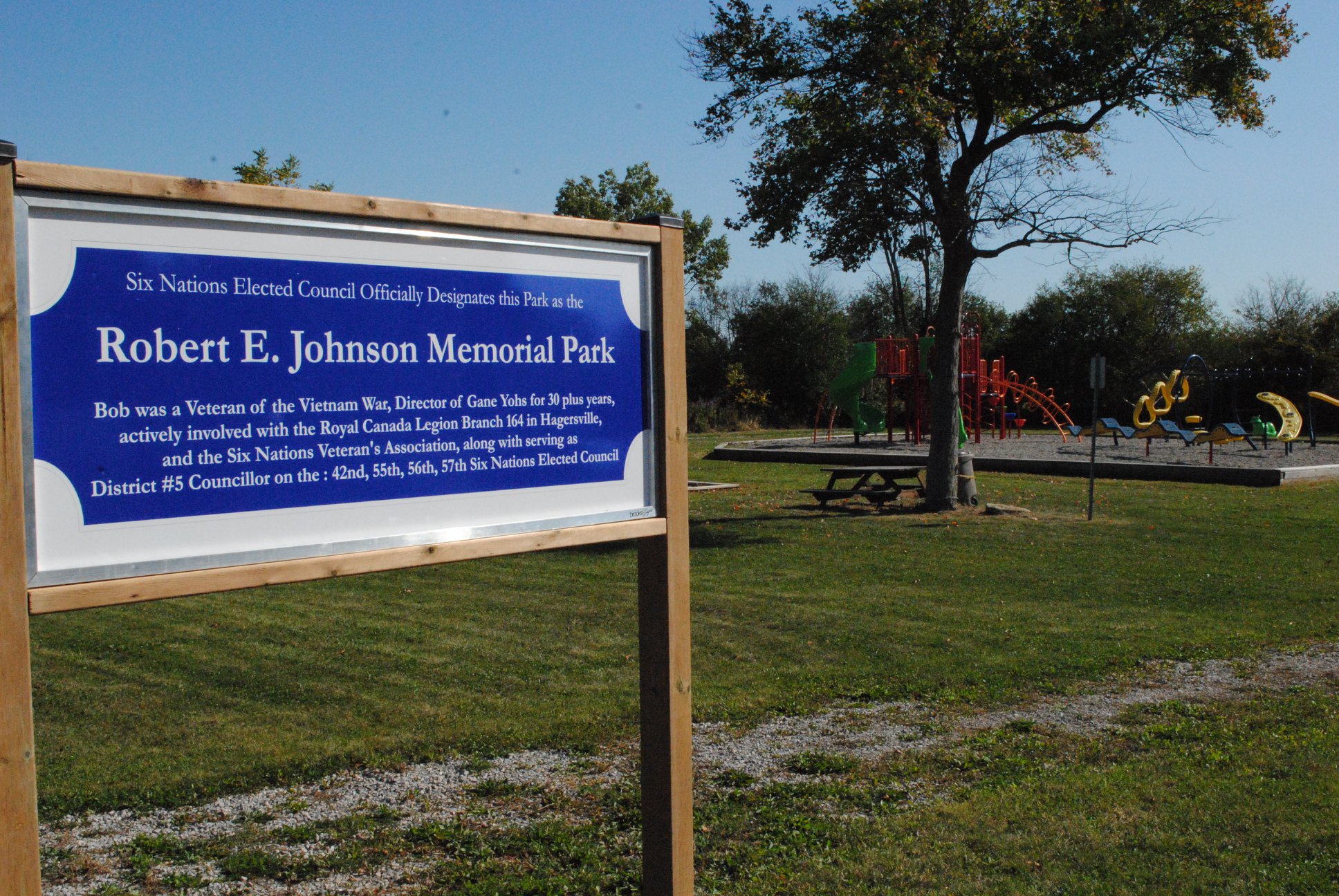 A pavilion at the park was also built in memory of Raymond Hill, also a former elected councillor who passed in 1993.

Johnson served as an elected council member for four terms before his passing in December 2017. He was Director of the Gane Yohs Medical Clinic in Ohsweken for 30 years and a member of the Six Nations Police Commission.

Hill, also a Vietnam veteran, died suddenly at the age of 52. Hill was an iron worker and member of the Six Nations Veterans Association.