Jasmine General has been painting since she was a little kid. And today, the amazingly talented 14-year-old is contributing her vibrant work for an art project that aims to promote unity along the Grand River.

The Haldimand County Public Paddle Art Tour sought 23 local artists in southern Ontario last year to partake in what they hope will be a traveling art project after pandemic restrictions are lifted.

Each artist was asked to paint something significant and symbolic on a paddle for submission into the traveling art project. 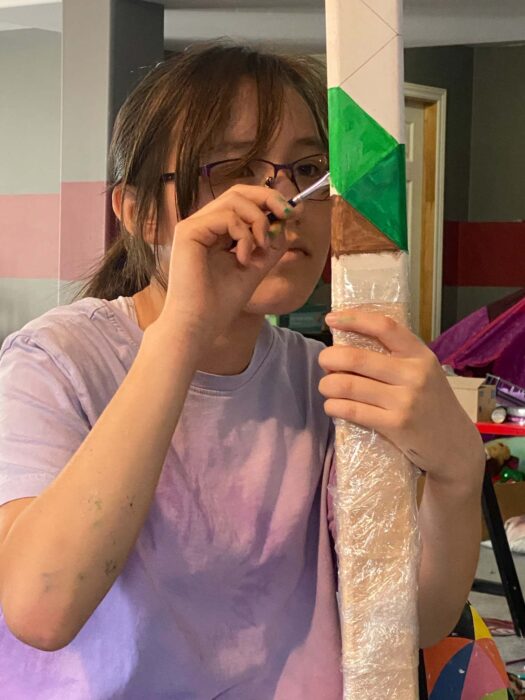 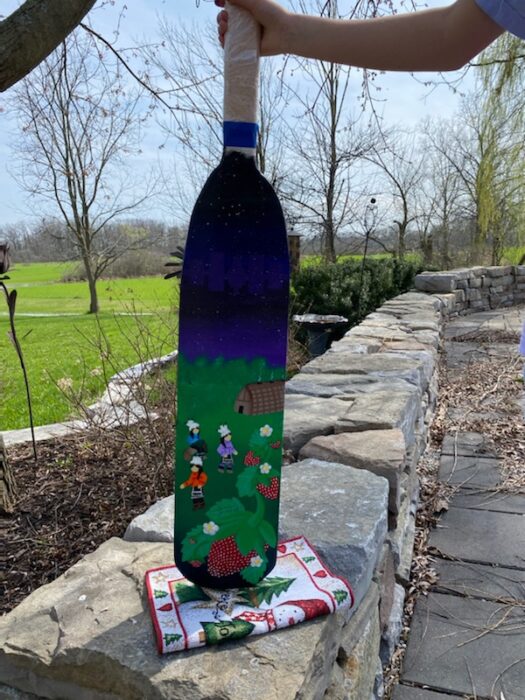 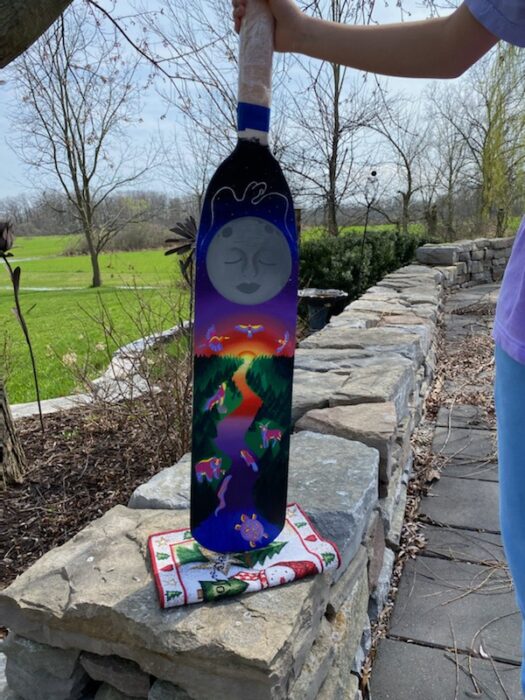 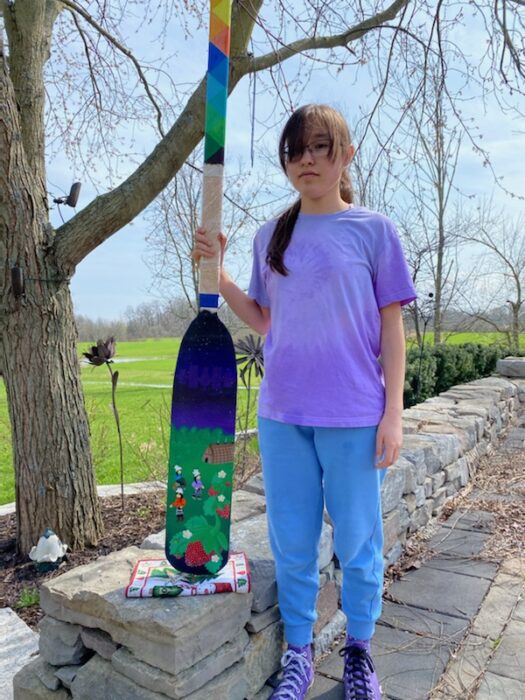 14-year-old Jasmine’s creation is almost complete, just in time for an anticipated virtual unveiling of the project on April 22.

The BCI student was enrolled in an after-school art program in Cayuga when her art teacher noticed her exceptional use of colour and decided to enter her in a contest last year to be chosen to participate in the project, said Jasmine’s dad, Brian General.

“It’s all based on the (Grand) river and their personal view of what the river means to them,” said General. “There’s lots of cultures that live along the river. It has to do with unifying everyone, showing the views that each individual has of what the river means. They wanted to do this collective…to give their point of view artistically.”

The use of paddles as the medium is symbolic, said General, as they were part of the transportation  system (canoes) used along the river for centuries. They wanted to use that symbolism for each artist to express what they see and what they feel regarding the river.

The project is being coordinated by two Haldimand County artists – Gina Wilson-Mcintee and Kerry Walford.

The beautiful and colourful paddles are nearing completion and can be viewed on Wilson-Mcintee’s Facebook page.

Jasmine’s eye-popping paddle invokes the importance of all the clans in the Haudenosaunee clan system with Grandmother Moon overseeing the river.

The other side of the paddle showcases a vibrant scene of Haudenosaunee life with a longhouse, strawberries (an important Haudenosaunee medicine) and three Onkwehonwe people dressed in traditional regalia spread out along a field of grass along the river, encompassed by the night sky and big dipper overlooking the scenery.

Jasmine’s use of bold primary colours makes the paddle pop.

“I wanted to include all the traditional stories (on the paddle),” said Jasmine, adding that immersing herself in her artwork has helped her deal with the isolation of the pandemic this past year.

General says he is very proud of his daughter and the work she’s produced.

“Her gift – people are seeing what she can really do. It’s absolutely amazing the things that she comes up with and creates.”