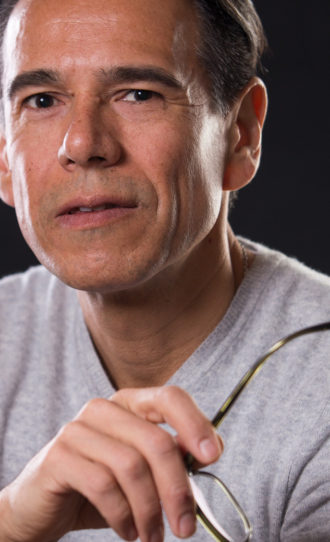 The University of Victoria’s Indigenous Governance (IGOV) program will have a new face leading the program, after the figure at its centre will no longer be there. Friday Taiaiake Gerald Alfred left the school for the final time after resigning his position as professor and head of the program. UVic suspended enrolment in the program

The University of Victoria’s Indigenous Governance (IGOV) program will have a new face leading the program, after the figure at its centre will no longer be there.

Friday Taiaiake Gerald Alfred left the school for the final time after resigning his position as professor and head of the program.

Alfred decided he would move on.

“I had a process over the last year where I decided I had an issue with the university in terms of the IGOV program,” said Alfred. “As a result of that, there were some changes and my colleague Jeff Corntassel moved on, and the university and I negotiated a settlement, and I took an early retirement.”

The Eastern Door spoke to Alfred after school announced it was suspending enrolment. The environmental assessment in April read that students felt “traumatized by the learning environment” and they “expressed deep disappointment in a program not sufficiently attuned to diverse worldviews and lived experiences.”

The 54-year-old Alfred would not speak directly about anything in the review, but said he had no shame about answering accusations of a hyper-masculine culture in the program.

He added that he accepts the culture of change in university and other locations, particularly for male leaders.

“In a lot of different places right now, there’s a big culture change going on and people’s ideas about masculinity are obviously changing really fast, and those of us that are in leadership positions are under the microscope, and there’s room for growth among all of us, and I’m not different from anyone else,” he said.

Alfred has no issues with any criticism lodged against him, he said, and that analyzing masculinity is a necessary step for male leaders in Indigenous communities.

“When we’re moving forward, we’ve got to be open to honest criticisms about attitudes and ideas and methods,” he said. “I’m a person that takes that attitude and I’m also open to people looking at myself and the things that I say and do in a critical way, and I take that to heart and use it to build a better method and a better way of doing things.”

For the future, he plans to work to put his work on Indigenous governance into practice in Kahnawake and beyond.

He left academia, he said, because he felt it was time to put the political and personal lessons into practice.

“I just decided it was time for me to go,” he said. “Rather than stay in the university and working with people that are changing the program and deciding the future of it, I just kind of passed that off and took a retirement instead.”

Though he won’t be involved, he feels the Indigenous Governance (IGOV) program will continue to thrive with what he was able to help build.

“I think we laid a strong foundation for IGOV,” he said. “It was 20 years of IGOV, and it had a profound affect on Indigenous governance in this country. It trained so many good people, influential, intellectual leaders, but also political leaders.

“They’re going to embark on a process of re-envisioning and re-evaluating and deciding where they want to go with it. I’m confident. It’s going to be something worthwhile and good. It’s just that I’ve moved on and am doing my thing separately now.”

Over the past three or four years, Alfred said he learned a lot about what it means to be a male leader, and plans to learn from past criticism.

“I think we do need to be held to a high standard, a higher standard than other people because people look to us as role models,” he said. “I’ve never had a problem with people looking at me and scrutinizing the things that I do or say and my embodiment of masculinity, I’ve never had any problem with that because that’s an aspect of being a leader.”

The Eastern Door attempted to contact UVic’s IGOV program, but did not receive a reply.

Alfred said there was no dramatic exit upon leaving and that the parties parted on mutually agreeable terms.

“When I left, I shook hands with the administration and said, ‘I wish you well,’ and that’s all I’ll say,” he said. “After 24 years of being in a highly contentious, political environment, I think that’s pretty good.”

Our list of contributors is growing weekly, join the Two Row Times by contributing and sharing news from your neck of the woods. Click here to contribute!

Six Nations mourns the loss of community member to COVID-19

Six Nations mourns the loss of community member to COVID-19