Family says despite viral reaction on social media, no community leadership has reached out to offer assistance, protection or condolence after horrific ordeal

People are sick of the violence on Six Nations.

This is the sentiment echoing from residents on the Territory after a young Haudenosaunee woman survived being physically beaten by two men from Six Nations and attacked by their dogs, suffering severe and possibly permanent injuries.

Autumn Martin, 20, of Six Nations told TRT she was assaulted at a Third Line Road address east of Chiefswood Road on March 20 where she was beaten by two men, dragged by her hair, thrown down a flight of stairs and sent to the ground, her head striking a concrete slab. It was then when someone brought out two dogs — believed to be a pit bull and boxer — from the home and ordered the dogs to attack while she says she lay motionless, unable to move and drifting in and out of consciousness.

The accused — Sheldon Scott Hill, 21, and Kalab Quwade Powless, 20, both of Ohsweken — have been arrested and are now facing charges of Aggravated Assault. Both have since been released on bail.

Martin posted graphic photos and video along with written details of the assault to her Instagram on account on April 6 which has since gone viral on social media.

She says the accused unleashed the dogs on her, one attacking her arm, another latching onto her inner thigh, and left her for dead, leaving her with deep wounds on her body while the beating left her with bruising, lacerations and several facial fractures.

Autumn has since been released from the hospital and is recuperating at home but she and her mother, Shani, feel like they’ve been hung out to dry by community leaders.

“My daughter was attacked for no reason,” said Shani. “I don’t understand why nobody has reached out to our family (both traditional council and elected council).”

Shani said they’ve received a lot of support from people around the world, including Iran and New York City, after Autumn’s Instagram post describing her ordeal – but says there has been no outreach from either the Elected Council or the Haudenosaunee Confederacy Chiefs.

The Six Nations Police have been to their house twice – once to take Autumn’s statement and another time to provide them with a contact for victim services.

To date there has neither been any public acknowledgement from Six Nations Elected Council or the Haudenosaunee Confederacy Chiefs Council condemning the brutal act of violence.

Speaking through tears, Autumn said nobody should have to live in fear in their own community.

“I’m taking it day by day,” she said. “I want victims to know that when someone hurts them not to be afraid to come forward and try to get justice for all the pain they’ve endured. If nobody else is willing to listen, I’m here listening.”

Sandra Montour, the long time director of Ganohkwasra Family Assault Support Services, says when it comes to violence on the reserve, there seems to be a gang mentality – where community members are intimidated from speaking up against violence out of fear of retaliation and people have had enough, she says.

The recent increase in violent crimes on the territory is “concerning,” she says.

Montour places the blame on two factors: fallout from the COVID-19 pandemic and lingering effects from colonization and residential schools.

“I’ve seen the violence in our community increasing,” said Montour, pointing to the pandemic. “I know that’s a factor.”

Montour says people are afraid to speak up about violence out of fear of retaliation. So it’s swept under the rug.

“It reminds me of gangs. People are intimidated. It could be interpreted as gang violence. Could that gang mentality be here? Absolutely. We are very vulnerable to it because of our history with residential schools.”

Despite the fallout from residential schools, Montour firmly states that violence in the community is not acceptable.

“It’s very upsetting. As an organization, we have been working to try to do more community education and awareness to bring the issue of violence to the forefront.”

She said many essential services were shut down during the last two years, leaving already vulnerable people even more isolated and without help.

The closures of certain essential services made no sense to her, she said.

It resulted in people turning to other outlets for coping with the stress of the pandemic – namely, drugs and alcohol.

“Some people have been leaning on unhealthy coping skills in the past two years, specifically drugs and alcohol,” said Montour, which has contributed to an uptick in violence in the community.

Shani agrees with Montour – that colonization and residential schools contribute to violence in the community.

“People are still carrying traumas from colonization,” Shani said. “But it doesn’t make it right. Substance abuse makes it worse.”

She says the community needs restorative healing for people who have been released from incarceration, otherwise, they’ll simply continue the behaviours that landed them in jail the first time.

“Something needs to change. We need more holistic leadership here. People on the reserve are lving in fear. It’s crazy.”

The two accused have since been released back into the community to await trial. She believes the accused should have harsher charges.

“I think that’s horseshit,” Shani said. “This type of assault, they should be in jail.”

“People are very fearful,” she said. “Who wants to live in fear? There just needs to be change. We need our leadership on board. No more meetings behind closed doors. Where’s the leadership and all this silence?”

“These people are horrible. They deserve more than just aggravated assault. There’s no protection for the victims. It feels like the criminals are protected. It doesn’t make any sense, this justice system.”

“It seems like people are going crazy. The men are hurting the women and the women are the heart of the nation. I’m going to always take it right back to colonialism.”

She says the government should provide more funding for residential school healing programs.

“Canada can’t just sweep it under the rug.”

Montour, meanwhile, said the isolation of the past two years has resulted in people losing healthy coping mechanisms.

We’ve been taught in the last two years to have anxiety being close to each other, said Montour.

Prior to the pandemic, people had tons of support, she said. They visited family and friends without fear of infecting them with COVID and “a lot of us today are struggling to do that today. You don’t want to bring anything to those family members. There’s so much fear. It’s really being heightened. There’s just so many factors to what’s going on right now. It does not make it okay.

“It’s been a challenge,” she continued. “Our baseline for violence has increased. I’m glad people are upset. People should be upset. It is going to take all of us – to work together on this so that our community can be safe. It’s a big issue.”

Six Nations Elected Councillor Helen Miller said she’s not sure how the leadership can address the increase in violence but she says more funding is needed for police services.

With only two beat cops patrolling the community at times, Miller says that’s not enough.

“I don’t know what we can do to change things. People seem to be getting so violent. We could certainly use more money to get more police officers. We don’t have enough. They’re supposed to police the whole community. They have to pick which (incidents) they’re going to respond to.”

“To me it’s an issue of a shortage of police,” Miller continued. “We need more police and more money. As far as our community itself, I don’t know what we can do. Our community is growing so large.”

She said the increase in population has almost made the community seem like a small town now, with the same sort of crime seen in towns.

“It’s getting worse in the sense there’s more weapons than there used to be.

Miller also points to the justice system as a problem. The punishments for violent crime aren’t a deterrent, she said.

“People know when they go to court nothing’s going to happen to them. They all jump on the Gladue bandwagon. They go to court and they blame the residential schools. It really ticks me off that our people are using that to excuse their crimes. To me it’s a slap in the face to people who actually went to residential schools. I think it’s a bunch of bs if you ask me. The people that commit crimes are using that now because they know they can get off.”

The Gladue principle takes into account an offender’s Indigenous background during sentencing.

“I never agreed with Gladue,” said Miller. “I would be so mad if these people were using that to get off of doing something that they shouldn’t have been doing in the first place. I know people have used that for that reason. They know they’re not going to get much. They go to court, get a slap on the wrist, come back and do the same thing they’re doing.”

“I wish I had the answer,” said Miller. “I think all the organizations that work with community violence they should be sitting down and coming up with some kind of a plan as to what we can do differently.”

Six Nations Police continue to investigate this incident and are asking the community to have the courage to contact police if they have any information. Anyone with tips can submit them by contacting Six Nations Police directly or anonymously online via Crimestoppers or by calling 1-800-222-8477.

To contribute to the fundraising campaign for Autumn’s recovery click here. 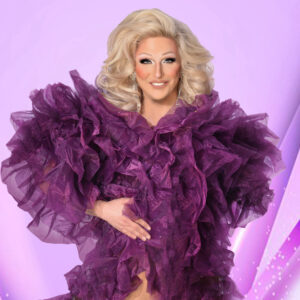 National July 6, 2022 • 0 Comment
VANCOUVER — An emergency resolution before the Assembly of First Nations annual meeting to reaffirm the suspension of National Chief RoseAnne Archibald has failed in…

National July 6, 2022 • 0 Comment
WINNIPEG — First Nations in Manitoba are suing the federal government for what they say is a failure to live up to a 25-year-old land…

‘In a crisis’: Deaths of Indigenous women in Winnipeg spark calls for safe housing

National July 6, 2022 • 0 Comment
Lori Ann Mancheese always wanted a home. But the 53-year-old mother of five from Manitoba’s Ebb and Flow First Nation died before her dream could…

Local News July 6, 2022 • 0 Comment
Like everyone else, the Six Nations Food Bank is feeling the pinch of record inflation that is seeing ever larger numbers of people accessing its…

Local News July 6, 2022 • 0 Comment
BRANTFORD — For the second year in a row, there was a sea of orange in Brantford on Canada Day to remind the world that…