2021 will see the second drive-through graduation celebration for Six Nations students this summer as the Covid-19 pandemic continues to rage on.

Carey Vyse, an Indigenous Cultural Mentor for Pauline Johnson and Brantford Collegiate Institute, sought the support of Six Nations Elected Council on Monday to organize a drive-through graduation ceremony, to be held tentatively at Chiefswood Park.

It will be the second year in a row Six Nations graduates will be honoured in a drive-through ceremony to keep in line with physical distancing measures due to the pandemic. 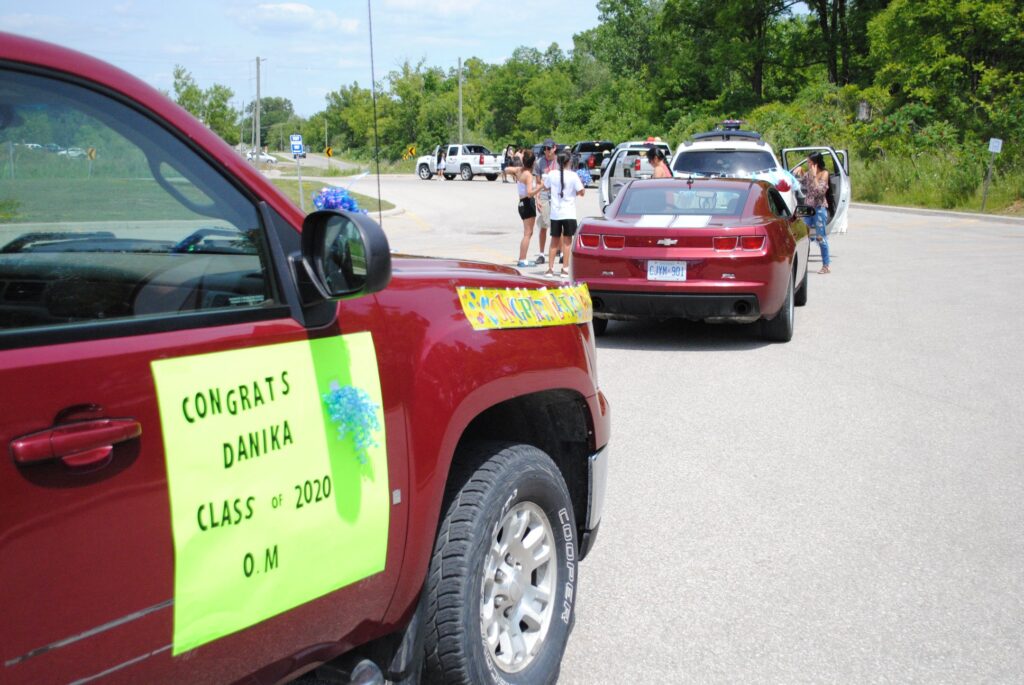 Vyse is collecting tentative grad numbers right now and suggested Six Nations hold a parade and asked to book Chiefswood Park for the event. Last year’s event was held in the parking lot of The Gathering Centre, where at least one student suffered from the effects of heat exhaustion waiting in the mid-afternoon sun during the parade. Council suggested the event be held in the evening at the shaded park this time.

Vyse and some colleagues will be gifting students with t-shirts with the slogan, “I graduated even through a pandemic.”

She’s also asking notable people in the community to record a voice message as part of a video to play for the students. Residents at long-term care home Iroquois Lodge are also being asked to draw up signs with advice for the upcoming graduates.

Elected Council spent $5,000 on decorations and gift cards for graduates last year. This year’s money will go towards the cost of the shirts.

Vyse said the Grand Erie District School Board forbids giving gift cards to students so that’s why they’re gifting them with t-shirts instead.

“There’s some red tape there. We can’t give any type of gift card. We have to purchase something to give to the grads. Our big gift would be the t-shirts. If council could give the gift cards, that would be something we wouldn’t have to do.”

“We need to acknowledge our students especially since the trying times we’ve come through,” said Powless-Bomberry.