BRANTFORD — Police in Brantford are looking for two people believed to have murdered a man in Brantford.

On July 25, Brantford Police said that they have issued warrants for the arrest of Jessica Poreba, 41; and Rorey Grant Tyler Hill, 38 for first degree murder.

On Friday, July 22 police say they responded to a death investigation at a multiple unit building on Colborne Street near Drummond Street. A 68 year old male victim was located, deceased. Police say they have grounds to issue warrants for Poreba and Hill for first degree murder and say the victim and the accused know each other.

Officials are not identifying the victim or the manner of their death at this time. 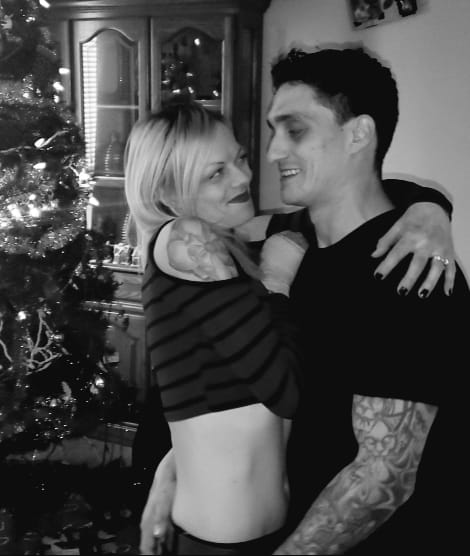 Poreba is described as a caucasian female, 5’4” tall, 115lbs with a thin build, blue eyes, black hair but police say it may have been coloured to blonde now.

Hill is described as an indigenous male, 5’5” tall, 160lbs with a medium build, hazel eyes and brown hair.

According to the pair’s social media accounts they are romantically involved. Hill lists himself as the owner of Green Dreams, an illegal cannabis dispensary on Chiefswood Road that was shut down by Six Nations Police in 2019. Two men were charged in that incident. No listing of Hill being charged in connection to that dispensary was made public at that time.

Police said on Twitter that both Poreba and Hill are considered dangerous and are advising the public not to approach them. Instead, if they are spotted investigators say to contact police immediately.

Officers would like to speak with anyone who may have information regarding this investigation.

Anyone who has any information related to this incident or to the location of the wanted parties are asked to contact the Brantford Police Service at 519-756-7050.

Additionally, information can also be provided anonymously to Brant – Brantford Crime Stoppers by calling 519-750-8477 or 1-800-222-8477 or by submitting a web tip online at: https://www.crimestoppersbb.com/submit-a-tip/

Local News August 10, 2022 • 0 Comment
Four people are vying for the seat vacated by former elected councillor Wendy Johnson last month as the community gears up for the upcoming by-election…

Local News August 10, 2022 • 0 Comment
Warning: graphic language and content   A video showing a Hamilton police officer kicking an Indigenous man in the head has been made public, sparking…

Local News August 10, 2022 • 0 Comment
The search for hidden graves at the former Mohawk Institute Residential School in Brantford continues, with some statistics expected to be released at the end…

Local News August 10, 2022 • 0 Comment
Local author Cindy Martin says she was excited to release a book titled ‘The Protector of Peace‘ for purchase on the Amazon website. Cindy released…

CICan welcomes new members to its board of directors

Local News August 10, 2022 • 0 Comment
Colleges and Institutes Canada (CICan) welcomed seven new members to its board of directors, including President and CEO of Six Nations Polytechnic Rebecca Jamieson. The…

Pump up your fitness with heat training

Local News August 10, 2022 • 0 Comment
With the intense heat wave we’ve just endured in Southern Ontario, those brave enough to work out in the scorching heat this past week may…