NEW CREDIT – When George Chuvalo was Canadian Heavyweight Champion of the world, he fought some of the biggest names in boxing, including Muhammad Ali, whom he fought twice, Floyd Patterson, Joe Frazier, Jerry Quarry, George Foreman, Ernie Terrell, and Jimmy Ellis.

Although he lost those bouts, except for Quarry whom he defeated, Chuvalo earned the praise of the best of the best during the heyday of the heavyweights.

His bout against Patterson in 1965 was a very close decision which Ring Magazine declared the fight of the year. Following the fight, Patterson recalled that it was “the toughest fight of my career.”

Chuvalo also went the distance in both battles against the legendary Mohammed Ali when Ali was in his prime. Years later Ali told reporters, “He’s the toughest guy I ever fought.”
Ali’s cornerman, the equally legendary Angelo Dundee said of Chuvalo, “He never stopped coming on… you’ve got to admire a man like that.”

After the rematch of 1972, it was widely reported that Ali spent time in the hospital recovering from bruised ribs and kidneys while Chuvalo went dancing with his wife.

Chuvalo was never knocked down, even against the power of Forman and Fraizer although he lost to both in TKO’s.

He reigned as Canadian Heavyweight Champion from 1958 to 1979, an incredible 21 years.

Chuvalo was the number one contender for the British Empire heavyweight title for many years but champion Henry Cooper refused to fight him.

During his long and storied career, Chuvalo recorded 64 knockouts in 93 professional fights.

But as tough as he was, nothing he faced in the ring would hit him as hard as life itself, out of the ring.

But Chuvalo got up off the canvas and has since remarried and is a stepfather to two children. He and his second wife now tour high schools and community halls speaking about the devastation of drug use to teens.

Hear arguably the toughest boxer ever to enter a ring tell his own story Wednesday, March 11, at the New Credit Community Hall beginning at 5 pm. There will be a light supper provided and admission is free.

Chippewa of the Thames MMA fighter preparing for title bout

Boxing September 14, 2022 • Comments off
ST. CATHARINES – The Legacy Fighting Alliance (LFA) will bring the Women’s Straw-weight Championship to MInnesota, and will showcase Ashley Nichols, a member of the…

Boxing July 6, 2022 • Comments off
BRANTFORD—It is painfully true that time and tide wait for no man. But that only means one phase of Six Nations’ professional Middleweight boxer, Karlton…

Boxing July 8, 2020 • Comments off
Boxer Karl Hess has always been known for his thunderous power. Affectionately known as ‘Razor,’ this popular Six Nations fighter has turned heads in the…

Boxing September 18, 2019 • Comments off
BRAMPTON — The CAA Centre floor filled with guests on Saturday night to watch the boxing matches of the evening, with Karl Hess versus Mponda…

Boxing June 26, 2019 • Comments off
Former Ultimate Fighter winner Julianna Pena (Kiowa) will be making her return to the Octagon next month at UFC Sacramento against former fly-weight champion Nicco… 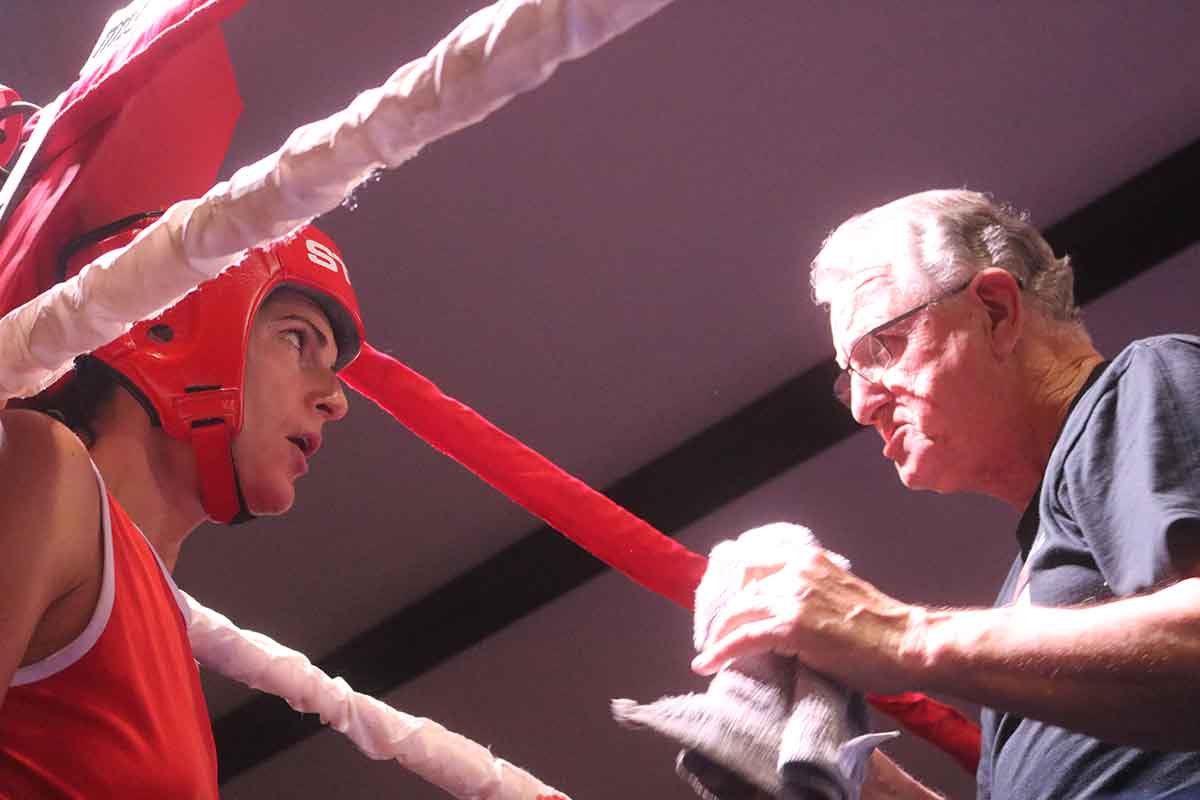 Boxing May 29, 2019 • Comments off
SIX NATIONS – It was fight night in Six Nations Friday as Brantford’s Bell City Boxing Club held its first boxing card on the Rez,… 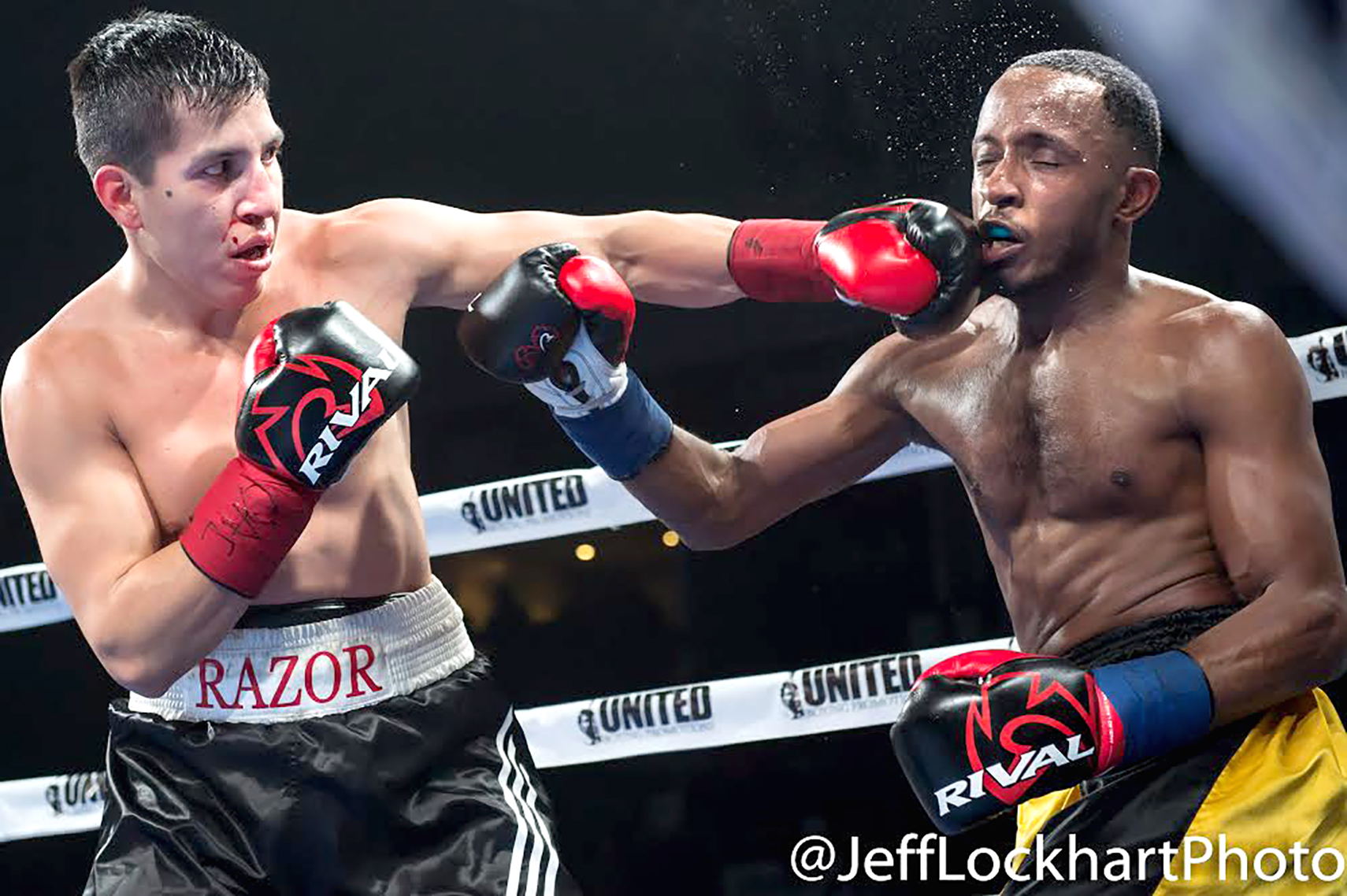 Boxing January 23, 2019 • Comments off
“He’s the one doing ten more push ups than you,” Trainer Jackie Armour on Karl “The Razor” Hess. BRAMPTON — In a split decision during…