BRANTFORD — Last weekend, the Brantford Warriors Minor Lacrosse Association received a complaint from an Indigenous St. Catharines U17 player. The complaint included a report that a coach had made an anti-Indigenous comment.

“On Saturday morning, July 2nd, we received a complaint alleging that one of our coaches had made an anti-Indigenous comment to a player on the St. Catherine’s U17 2 Team,” wrote the Brantford Minor Lacrosse Facebook page.

“Immediately, upon receiving the complaint, we took the extraordinary measure of temporarily removing the coach in question from the bench while we completed our investigation.  We took this immediate step in order to ensure the St. Catherine’s player felt heard and supported.  Through the course of our investigation, it was learned that the coach implicated in the complaint did not make any anti-Indigenous comments but that a player on our U17 team made comments that he has now learned are anti-Indigenous. This player immediately admitted that he, and not the coach, had made a comment about a player’s hair on the St. Catherine’s team. It is our belief that this player’s comments were wrongly attributed to our coach.”

“The Brantford Minor Lacrosse Association acknowledges that anti-Indigenous racism, or racism of any kind, has no place anywhere and certainly not, in the game of lacrosse. To that end, we wish to publicly apologize on behalf of our Association, the U17 team and the player who made these inappropriate and hurtful comments about the hair of the Indigenous player in St. Catherine’s during the Hamilton Super Series Tournament. In particular, we apologize for the harm this behaviour has caused the St. Catherine’s player, his family, and all Indigenous players within the OLA.  This incident is not representative of the Brantford Minor Lacrosse Association, and we hope that the speed with which we addressed these allegations and the precautionary measures we implemented while we conducted our investigation demonstrate our sincerity in this regard. In addition, we would like to commend the St. Catherine’s player for the bravery he demonstrated in speaking out about what he experienced. By speaking out, he has helped us to identify gaps in our player programming. To this end, we are actively working to implement an educational component for our members regarding the history of the game and importance of an Indigenous person’s hair to their identity and culture. Through this process we have the opportunity to learn and do better.  And we will.”

Considerations made to the Facebook post included questioning the credibility of the claim that the player made the comment instead of the coach, and also if the infracting player would be held accountable and asked to apologize. Other concerned lacrosse community members noted the necessity of teaching the importance of lacrosse to Indigenous nations and its history to non-Indigenous players.

Baseball August 10, 2022 • 0 Comment
OHSWEKEN — On August 5, The International Softball Congress (ISC) was pleased to announce that, in partnership with the Ohsweken Redmen, the 2022 Ontario Challenge…

A glimpse of the U21 Team Haudenosaunee ribbon shirts

lacrosse August 3, 2022 • 0 Comment
ONEIDA, WISCONSIN — After an initial group was unable to provide ribbon shirts for the U21 mens lacrosse team headed to the World Lacrosse Games… 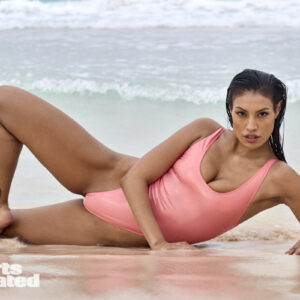