She and all 5 of her siblings played. By the time she was 16, Kelly was playing AA Hockey in Toronto. When her father was severely injured in a car accident, he and Kelly’s Mom didn’t know how they would afford to keep the kids playing. The family applied to Dreamcatcher Charitable Foundation and received the funding that has allowed futures youth in over 40 Aboriginal communities across Ontario since 2004 to pursue their passion for sports.

This was a major turning point for Kelly. Since, Kelly’s hockey career has been on a steady upward climb, with numerous awards and honours along the way.

During the 2009-10 season, she helped the Toronto Jr. Aeros of the PWHL win the gold medal and League Cup. She accumulated 25 goals and 35 assists during the regular season and nine goals and four assists during the playoffs. She finished her PWHL with an astonishing 66 goals, 88 assist for a total of 154 points in only a respectful 96 games played.  She was named the 2010-11 Eastern College Athletic Conference Hockey Women’s Player of the Year. Kelly was also named Aboriginal Role Model of the Year in 2011. She played collegiate ice hockey with the Quinnipiac Bobcats and remains the top point scorer in the program’s history.

In the NWHL, Kelly played with the Connecticut Whale from 2015-2018 and in the Whale’s inaugural game on October 15, 2015, she became the first Canadian-born player to score a goal in a NWHL regular season game. Kelly was named to the Little Native Hockey League Hall of Fame in 2016. In early 2020, Ms. Babstock returned home, joining Toronto’s new NWHL team, the first Canadian city to have a club in the American National Women’s Hockey League. Kelly currently plays with the Metropolitan Riveters (NWHL). In addition, her last year of NCAA, she also played for the Women’s Senior Lacrosse team and she was a finalist for the “Patty Kazmaier Memorial Award” as the nation’s best college player.

Kelly Babstock’s career has been a phenomenal success and the support of the Dreamcatcher Charitable Foundation has played a big part.

Kelly’s mother Donna Babstock is Ojibwe, from the Wiikwemkoong Unceded Territory, expressed her appreciation for the foundations support.

“Without the help of Dreamcatcher, this would probably not be able to happen. What a good role model Kelly is for the aboriginal community.” says Donna Babstock. “I don’t think we would’ve been able to manage Kelly’s hockey endeavors without your help, we know that the Dreamcatcher has given our family great support in Kelly’s hockey career as well as our other children’s over the past few years, we couldn’t have done it without your help at the Dreamcatcher. We will thank you from the bottom of our hearts. Our family is deeply indebted and truly appreciates what you have done for us now and forever.”

The Ojibwe forward excels wherever she plays and has proven to be a threat to opposition whenever she hits the ice. 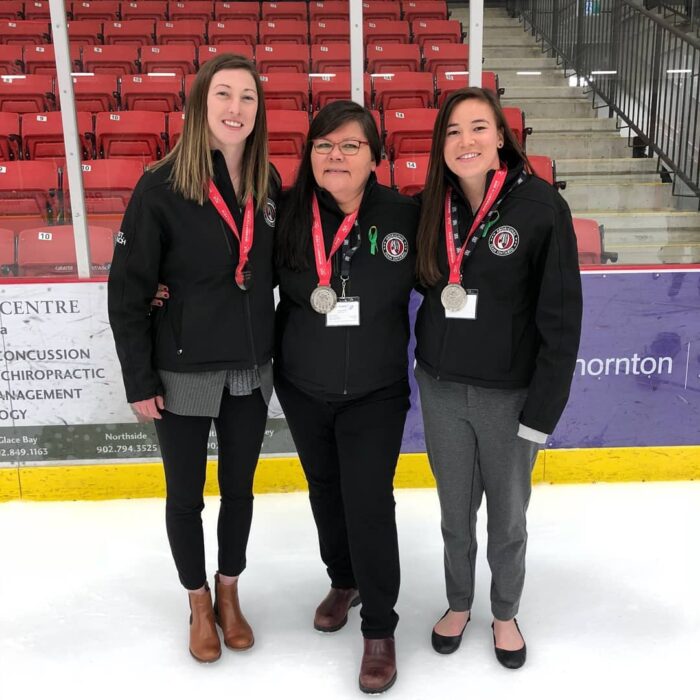