Home lacrosse GR Attack take silver, but redemption is on the horizon

HAGERSVILLE — On Sunday, the Ontario Senior Women’s Lacrosse Provincial Championships kicked off with the Grand River Attack looking to make a three-peat with a third provincial title.

Armed with newer players that aged out of the minor division and a lot of focus, the Attack entered their pool and came out on top over the other teams including Clarington Gaels 5-3, which made them number one in their pool.

In the other pool, the Arthur Aces overcame each team while the Hamilton Lady Bengals won a split decision over the Turtle Islanders to make it in second place.

This brought the Attack to meet with the Bengals, and they delivered a swift loss 5-0, which cinched their place in the championship. The Aces had a tougher go against the Gaels, but came out on top as well 6-4 — this brought a re-match opportunity for the Attack to redeem themselves after losing the victory in the Becky Smith Memorial Tournament earlier in the season.

The stands packed themselves with fans and families cheering for both sides of the Hagersville Memorial Arena, as the two top teams were to face off again.

And like lightening, both teams were on each other. 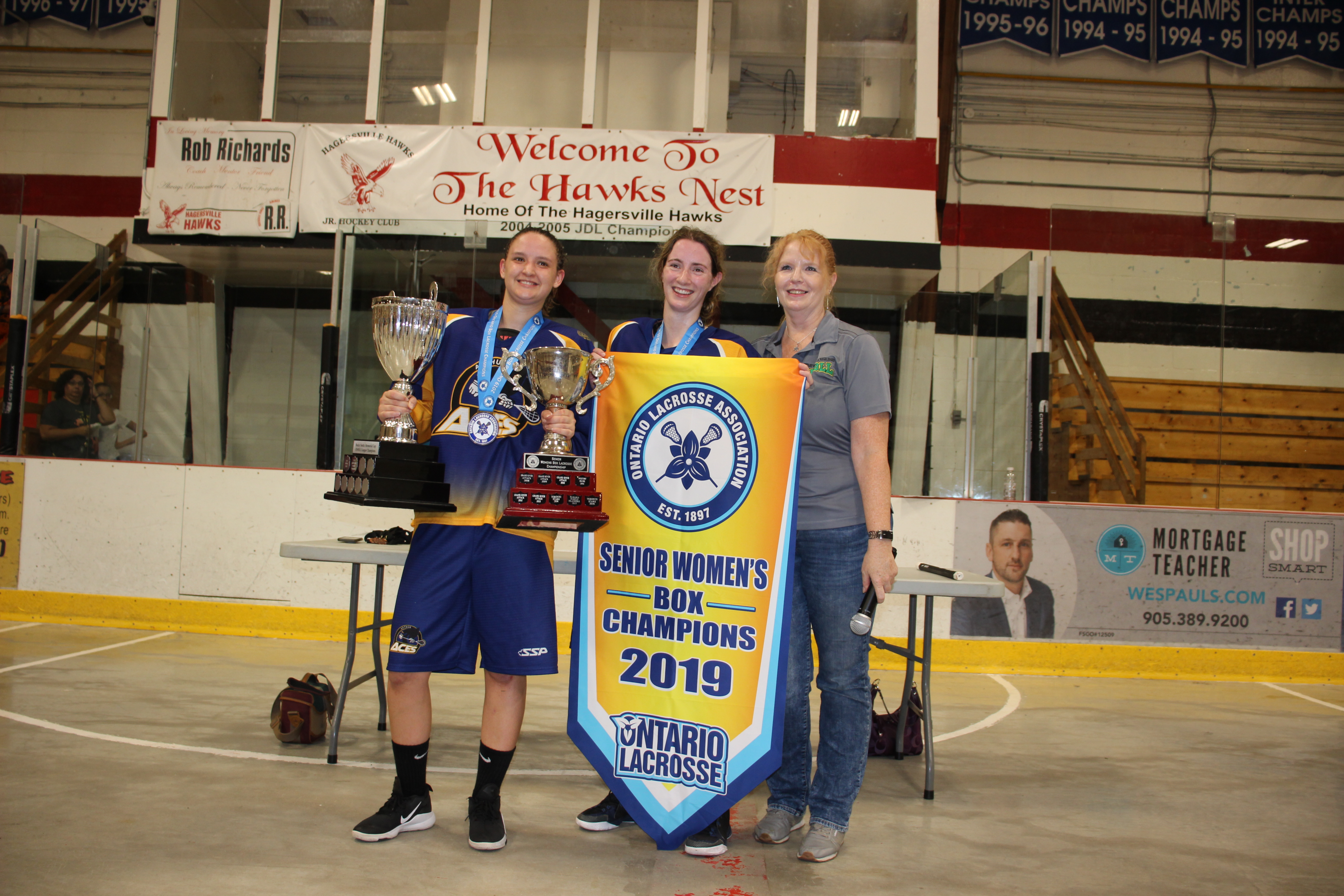 The Aces were shaky on offence as the Attack defence pounded them and hounded them for ball possession, but the Attacks, with their unnerving offence, couldn’t score either for the entire first period. Aces players left their bench to vomit as the intensity only increased during the second with the score resting at 0-0.

But one minute into the second gave way to a goal by Lindsay John from Kristin Bomberry. Two minutes later, a second was buried by Mekwan Tulpin who caught a feed from Lindsey Smith.

This rattled the Aces, who couldn’t maintain ball possession and with their smaller stature, couldn’t keep the Attacks offence away from their net. But the Aces were lucky with an outside shot and made their first return.

But this led to another goal by Tulpin, who forced her way in after a pass from Maggie Spratt. With 42 seconds left, the Aces returned once more but were still behind.

As the third came, the heat in the arena piqued and the Attack seemed to slow down on their defence. This allowed the Aces to rack up two more goals, while their goalie put up a great effort in stopping the Attacks offence.

This brought the game to a close 5-3 with the Aces taking the provincial title.

But with players graduating from the minor divisions, the Attack will have another shot next year at reclaiming the top spot.