OAKVILLE — An exciting weekend provided lacrosse fans and players a semblance of normalcy: After a rougher administrative start this year, the Six Nations Arrows have been revamped and returned to the floor for the first time in two years over the past weekend.

The team staff full of lacrosse talent, provided coaching for the teams first match up with the Burlington Chiefs on the blue pad in Oakville, last Saturday morning. They took part in four games out of 22 for the Ontario Junior Lacrosse League over the course of Saturday and Sunday. 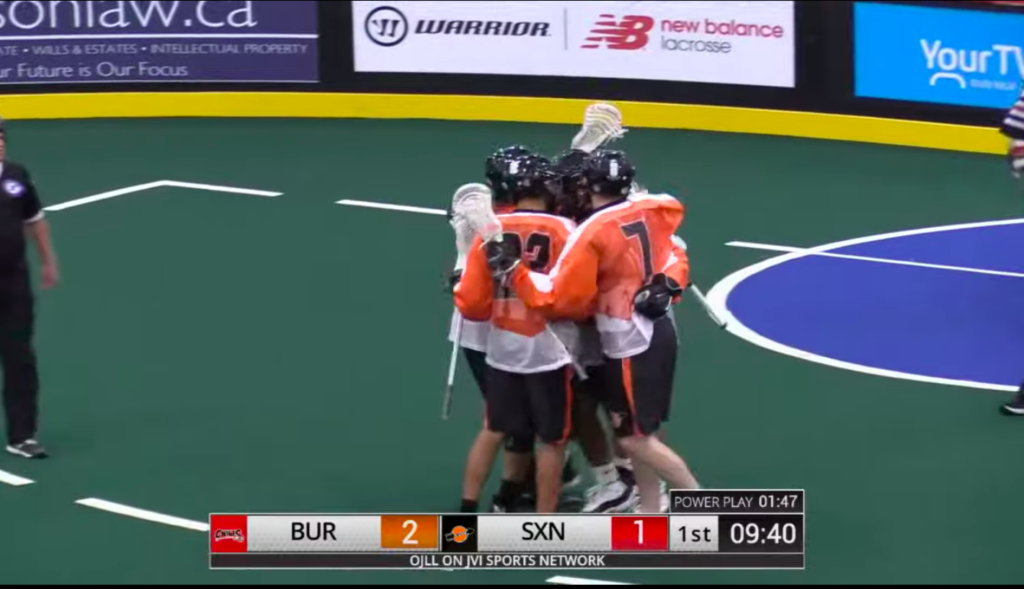 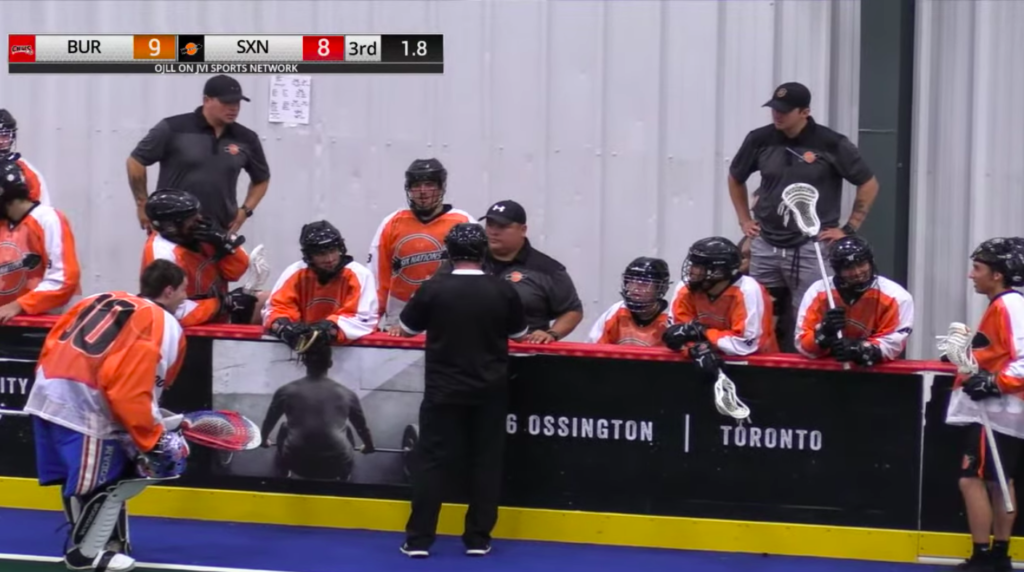 The first of the four matches, brought them into a tussle with the Burlington Chiefs, who were Western finalists in the most recent bout for the qualifier for the Minto Cup.

Eager to play, players on both ends were set to draw before their 3 minute warm up finished and in the first two minutes, both teams entered a four-on-four with one penalty for each side.

The excitement and nerves could be seen coming from both teams, but Chayton King opened the scoring with the righty offering an outside snipe. This was quickly answered by the Chiefs with an inside shot, short side. Another was provided as the Arrows were down one man by Scott Del Zotto for the Chiefs.

But, with another penalty called on the Chiefs, a top left pass down to the right corner opened up for a one-time shot by Bo Bow-Hunter, burying behind the back of the Chiefs goalie.

This was answered again by Sam English with his second for the Chiefs, closing the period out with a 3-2 deficit for the Arrows.

Starting right back up with a back and forth goal, King pushed the score to a 4-3 deficit after answering a goal from the Chiefs.

This brought another goal for the Chiefs, but the Arrows were quickly given another penalty for a tripping call, putting them on the offensive. But the Chiefs were diligently pushing towards the net and scored short handed.

In an answer, defensive player Matthew Miller buried on a break away from a long pass straight out of the crease. But another power player set the Chiefs up for an outside corner-picked goal. The Chiefs put another away, and the Arrows called a time out to show off their prowess with plays.

But this ended the period with some roughing and three goals unanswered at 8-5 with the Chiefs in the lead.

Off of the opening draw won by the Arrows, King delivered his hat trick goal from the crease after the Chiefs took another penalty. Then another penalty, opening for Arrows Kessler Skye to bury with a trick power play pass behind the back, behind the net. This brought out another power play for the Chiefs, and a goal off of a three on one due to a scuffle in the other end.

With under 7 seconds left, the Arrows called another time out and pulled their goalie, Troy Holowchuk, to load Bow-Hunter again on top. He buried from the outside bringing the game to a tie 9-9 with his sect goal.

Unfortunately, mistakes on the board occurred early on with a penalty not being shown, and the OJALL issued and apology for an inaccurate final score posted.

As for the remaining three games played: the Arrows took their first loss 3-11 to the Oakville Buzz on Saturday, then took two wins 9-7 versus the St. Catharines Athletics, and 10-9 versus the Kitchener-Waterloo Braves on Sunday.

The games are streamed by JVI Video and provided on YouTube.