But with it and several other Indigenous-led projects finally getting bigger platforms in the United States, change is afoot when it comes to such mainstream Hollywood representation, he says.

The 19-year-old, who grew up in Toronto and is of Oji-Cree, Anishinaabe and Guyanese descent, stars in the buzzy half-hour FX comedy as one of four Indigenous teens in rural Oklahoma mourning the death of a friend and resorting to petty crime to fund a getaway to California.

An Indigenous team including Oscar-winning “Jojo Rabbit” filmmaker Taika Waititi and writer-producer Sterlin Harjo created the show, which debuts Wednesday on the Star section of Disney Plus in Canada. It premiered on Hulu in the United States in early August.

Oscar-winning filmmaker Barry Jenkins and Emmy-nominated actor-screenwriter Mindy Kaling are among those who’ve tweeted raves about the series, in which every writer, director and main cast member is Indigenous.

“Five years ago this would be not even rare _ it’d be impossible,” Woon-A-Tai said in a recent phone interview.

“But now I think that’s … definitely going to change.”

Then there’s Harjo’s upcoming Indigenous basketball film for Netflix, “Rez Ball,” which he co-wrote with Navajo filmmaker Sydney Freeland, who is directing.

With so many Indigenous projects coming out, the word “rare” won’t be attached to such shows in the future, Woon-A-Tai said.

“I feel like that’s going to be the normal thing, eventually. I’m so happy and proud to be a part of one of the first few projects to start that.”

As it turns out, several actors from this side of the border are also in “Reservation Dogs,” which was filmed and set in Okmulgee, Okla., and features characters of Muscogee Creek and Seminole Creek heritage.

Other homegrown performers include Devery Jacobs and Paulina Alexis, who co-star as two members of the friend group; Sarah Podemski, who plays the mother to Woon-A-Tai’s character; and Gary Farmer, who plays Uncle Brownie. 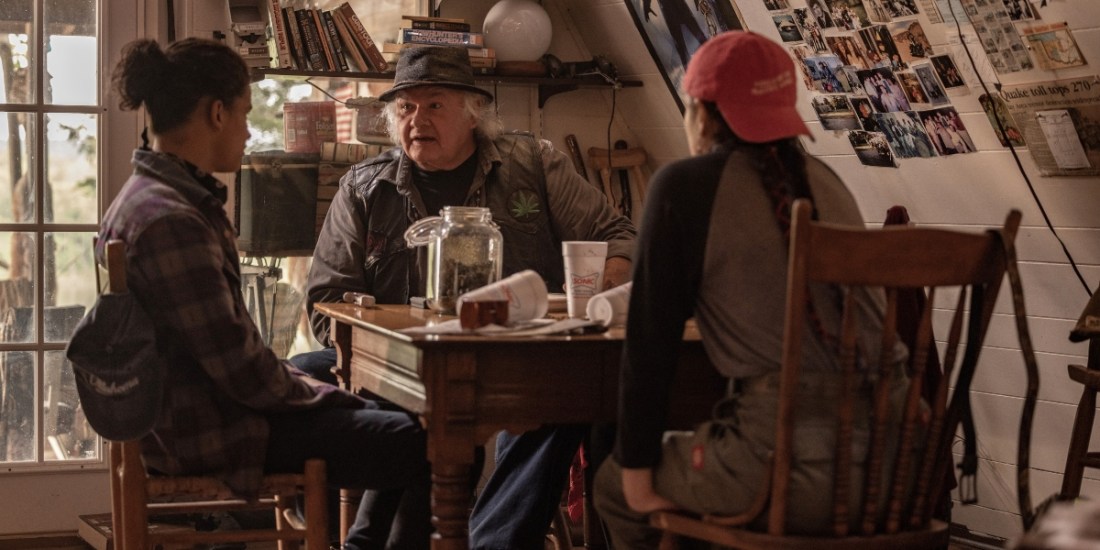 Woon-A-Tai plays Bear Smallhill, whose conscience weighs on him as he and his friends get up to mischief. Lane Factor plays the other member of the friend group.

Harjo, who is a member of the Seminole Nation and has Muskogee heritage, used his own upbringing in Oklahoma as inspiration for the story.

Woon-A-Tai said every main character is based on someone from the childhood of either Harjo or Waititi, who is of M?ori descent. Farmer’s character, for instance, is inspired by Harjo’s dad, and the late friend was based on someone Harjo knew. But the creators also took inspiration from the actors, adjusting the scripts the more they got to know them.

“Everything you see inside that show, which may seem ridiculous, it’s probably true, it probably happened,” said Woon-A-Tai, whose mother’s family descends from Guyana, while his father’s family hails from the isolated Big Trout Lake reserve in northwestern Ontario.

This is Woon-A-Tai’s biggest TV role to date, after smaller parts on series including the CBC’s “Murdoch Mysteries” and APTN’s “Tribal.” He was also in Tracey Deer’s acclaimed 2020 Canadian film “Beans,” which also starred Alexis.

He said he’s glad his first foray into comedy is this project, considering “Indigenous communities are just so funny.”

“You may hear that, but it’s very true. We tackle a lot of issues with comedy,” he said. “A lot of times when you speak to elders in traditional language, they’ll always be cracking jokes.”

Woon-A-Tai said he prepared for the role by learning Muscogee Creek words and traditions, and digging into the history of Oklahoma and its Indigenous communities, learning about tragedies including the genocidal forced displacement of tribes known as the Trail of Tears in the 1800s.

Overall, the series “gives people a chance to tear down misconceptions with Indigenous folks” and is “normalizing” Indigenous life, said Woon-A-Tai.

“I’m very honoured just to be a part of this project,” he said. “The fact that I get to represent a Nation that I’m thousands of miles away from … talking to locals, doing it accurately _ that’s what the really important part was for me, because yes, we are all native but we come from very different diverse communities that have different traditions.”