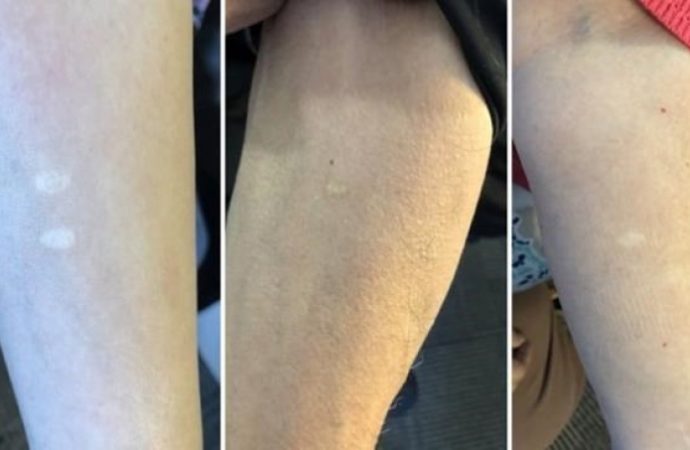 Five Inuit have filed a lawsuit against the federal government over medical experiments, including skin grafts, that they say were performed on them without their consent. A statement of claim filed in Iqaluit, Nunavut, says the experiments were performed in Igloolik between 1967 and 1973 and involved three Canadian universities working with an international scientific

Five Inuit have filed a lawsuit against the federal government over medical experiments, including skin grafts, that they say were performed on them without their consent.

A statement of claim filed in Iqaluit, Nunavut, says the experiments were performed in Igloolik between 1967 and 1973 and involved three Canadian universities working with an international scientific program.

“They were doing some weird experiments,” said Inuit filmmaker Zacharias Kunuk, who says he still has scars from the day scientists from down south called him to a lab they had set up in his home town.

“They put other people’s skin on you.”

Court documents say scientists arrived in Igloolik, set up a research lab and began taking Inuit from their schools and homes, or directed them to appear.

Small pieces of skin were removed and replaced with skin from other Inuit. They were made to stand outside in the cold while inadequately dressed with thermometers inserted in their rectums. Some were poked with sharp objects to measure their response to pain.

The statement, which has not been tested in court, alleges the scientists were not medically trained and conditions were unsanitary.

It says the Inuit were not told the reason for the procedures or given a chance to refuse. “Consent was neither given nor requested.”

There was no medical benefit to the participants, the claim says.

“(The experiments) were demeaning and disregarded (the subject’s) inherent value as human beings and having the right to be treated with dignity.”

Edmonton lawyer Steven Cooper, who acts for the Inuit, said he knows of at least 30 people who were subjected to the experiments in Igloolik. He said the same thing happened in nearby Hall Beach.

“I doubt very much whether this was limited to Igloolik and Hall Beach,” Cooper said.

“It’s absolutely mind-blowing. This was happening in modern-day Canada.”

Cooper said his research shows the experiments were done under the International Biological Program, a multinational scientific effort between 1964 and 1974. Archives from the U.S. National Academy of Sciences say the program eventually had nine areas of study, including human adaptability and environmental physiology.

McGill said in an email that the university would not comment on a matter before the courts. Responses from the other two schools were not immediately available.

Canada is liable, the statement claims, because the government owed the Inuit a duty of care and failed to ensure their rights were protected.

“Canada intentionally instilled in Nunavummiut the perception that they must do, without question, as they were told by Canada,” the statement says.

Kunuk, a young boy at the time, said he doesn’t remember how he came to be standing in the lab in Igloolik.

“I don’t know how I got there,” he said. “It was wintertime. They built a science lab here and the scientists would come in and do all sorts of things to us. I was pretty young, still in my school days.”

Kunuk said he thought it was normal, another procedure performed by southerners that Inuit had to line up for.

“They were paying five bucks to have our skin graft. They just injected you with that numb stuff and they had a little tube. They cut through our skin and cut off our flesh with scissors.”

Kunuk was there with two other children. The scientists took two samples from his arm and replaced them with skin from his companions _ people he still feels linked with.

“I’m not the only one with these scars. Every time I see my marks, it reminds me of my skin brother and skin sister.”

The Warrior Spirit of the Grand River – Richard “Dick” Hill

Fed. Government another obstacle for Kawenniio/Gaweniyo

The coronavirus doesn’t exist in isolation — it feeds on other diseases, crises

The Warrior Spirit of the Grand River – Richard “Dick” Hill

Six Nations, Tyendinaga schools to remain closed for remainder of 2019-2020

Not enough Bread and Cheese for Six Nations; council okays purchase of more