(Toronto, ON) Members of Rising Tide Toronto have locked down to equipment at an Enbridge Line 9 river crossing, effectively halting construction. This construction is taking place before the NEB has approved this pipeline reversal project.

This action, taking place on Mississauga New Credit territory, was done in solidarity with Indigenous sovereigntist and environmental justice struggles across Turtle Island. All First Nations Band Councils who participated in the hearings urged the reversal not be granted. Amidst outstanding land claims, there has been absolutely no consultation with any Indigenous communities along the route of Line 9.

The reversal of Enbridgeʼs Line 9 pipeline would allow the oil industry to continue to supply markets with tar sands bitumen, expanding a slow industrial genocide against Indigenous peoples.

The Line 9 reversal continues to lay waste to the natural world, devastating ecosystems, while further laying claim to Indigenous territories. This project poses an unacceptable risk to all waterways, land bases, and communities along its route.

The community of Aamjiwnaang First Nation is surrounded by the petro-chemical industry and are put in danger due to their proximity to toxic refineries in Southern Ontarioʼs Chemical Valley. This pipeline reversal is part of a legacy of environmental racism that is upheld by the relationship between the Canadian state and resource extractive industries.

Aamjiwnaang and Sarnia Against Pipelines, which is a coalition of Anishinaabek people from Aamjiwnaang and settlers from Sarnia issued the following statement.

“We are at risk with Chemical Valley and we want to protect our Mother Earth and our limited fresh water. Itʼs putting people, wildlife, and depleting medicine at risk. We are not in support of the expanding Tar Sands. The fear factor of cancer and sickness is growing in our communities with of the impacts of Chemical Valley and Line 9,” says the statement from ASAP.

While continuing the severe environmental impacts of tar sands extraction in Dene, Cree, and Chippewyan communities, Line 9 contributes to the direct downstream impact by refineries such as Suncor in Haudenosaunee territory. Pumping tar sands bitumen through Aamjiwnaang only furthers their community

Warm pizza ordered by supporters warms our belies and hearts. Much love to Rob for support! #lockdownline9 #noline9 pic.twitter.com/nhybgFRrKt

Do any of our supporters want to order us some pizza? We will love you forever! (Pineway blvd, 1km north of finch) #hungrylanddefenders

“The need to take direct action as Indigenous and allied communities to defend what future we have left is now.“ states Vanessa Gray, Anishinaabe-kwe from Aamjiwnaang and a member of ASAP, “This project represents the ecological genocide that is being continued by the Harper government, on behalf of the state of Canada, to push their economic benefit at the expense of all future generations.”

The current construction, necessary for Enbridgeʼs pipeline reversal, is an audacious act of development that undermines the self-determination of Indigenous Nations.

“We are the land.” says Amanda Lickers, a Haudenosaunee member of the Turtle Clan. “This assault by industrial capitalism on our territories is also an assault on our bodies, on our peoples, our lifeways, and our Nations. Canada is covered in the blood of Indigenous peoples, from international mining to domestic petroleum production.”

Line 9 directly puts every major tributary that flows into Lake Ontario and the St Lawrence River, as well as two of the largest cities in Canada, in danger. This pipeline is part of the capitalist-fueled agenda of resource extraction, which not only impacts Indigenous peoples and communities most directly, but all peoples.

As we have seen in Miʼkmaq territory in Elsipogtog, the Canadian state is willing to enforce the violation of treaties and to protect corporate exploitation of land at gun point.

Direct action is the most effective way to resist the physical reality of environmental contamination, by targeting pipeline construction and other economic infrastructure.

“Immediate and serious action is absolutely necessary to confront the environmental, political and social violence that has resulted from Canadaʼs oil dependent economy. As a settler, putting my body on the line – literally – is nothing short of honouring the treaties.” states Alice, a member of Rising Tide Toronto.

Together letʼs build a culture of resistance. Our movements can and must support and engage in effective, on the ground, front line action. 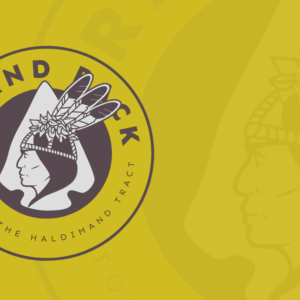 News Release July 11, 2022 • Comments off
FOR IMMEDIATE RELEASE (July 11, 2022) ⟶ Grand Back is a website that provides online resources for Grand River Mohawk legal posterity. Here, you can…

News May 25, 2022 • Comments off
OTTAWA — Documents show some residential school survivors told Ottawa they didn’t want to “wear” a decision to raise the Canadian flag, as the government…

News October 28, 2021 • Comments off
Press Release Some shows aim to entertain. Some are designed to engage. LEGACY: In Support of the Gord Downie & Chanie Wenjack Fund is that…

News October 27, 2021 • Comments off
WINNIPEG — Lawyers for Indigenous child welfare agencies in Manitoba are in court today as part of an ongoing lawsuit accusing the provincial government of…

News Release December 28, 2020 • Comments off
BRANTFORD, Ontario – Jan. 1, 2021 – Two Row Times — The City of Brantford Legal Study is a study into the history that aims to bring out facts about…

News September 30, 2020 • Comments off
CALGARY — Limited and slow access to capital is a major barrier to First Nations’ ability to take ownership roles in the resource megaprojects being…

News September 30, 2020 • Comments off
OTTAWA — The Rama Police Service, which serves the Chippewas of Rama First Nation, does not have dedicated funding for forensic and crime investigation units,…

News September 3, 2020 • Comments off
On Friday 11 September, Celebration of Nations will begin virtually with a profound short film entitled Starborn that captures the essence of our current existence. Delivered in the…