Dear editors,
In 2010, I sent 60 political leaders of the Canadian government a document titled, Public Declaration of Sovereignty, Expatriation, and Dissolution of all Previous National and Political Allegiance dated May 27, 2010.

This declaration does not ask for permission to be removed from the Canadian Citizenship and Immigration registries. In fact it was an act of peaceful overture that acknowledges a state of war that exists between the Canadian government and Myself.

In 1924 when the RCMP raided the official council offices of the Government of the Kanienkehaka, the Canadian government usurped non-delegated authority from the Original peoples, removing official documents, and allegedly dissolving the Kanienkehaka civil society, and our way of life. This nonconsensual and unconstitutional maneuver is an act of anti-peace, anti-trust, a breach of the divine Host Guest-friendship.

The persistence of Canada’s Ideological and Political impositions has become a real threat to the Kanienkehaka, a people not to be confused with “Six Nations of the Grand River Band of Indians”. Only through threat, duress and coercion does the Host-Kanienkehaka submit to the use of Guest-Canadian Identity, an act so outrageous I would rather starve to death fighting this injustice then take any Benefits from the Canadian civil society including but not limited to the, Indian act, Canadian Constitution, and Canadian Charter of Rights and Freedoms.

According to the Kanienkehaka Constitution (canons), Wampum 58 prohibits the use of dual nationality. It states any chief or other person who submits to the laws of foreign people are alienated and forfeit all claims to the League of Nations.

Most ways we are asked to submit to the laws of a foreign nation are not as evident today as it was during the advent of the White Papers, something the Kanienkehaka resist and reject to this day. This leads to the Canadian condition of confusion of our real identity and how we are able to prove that we are bona fide Kanienkehaka.

During a trip to the bank to cash a cheque I was met with this restrictive system that will only allow Canadians and recognized foreign nationals to enter into commerce. My special situation has seen me disqualified for all things that require me to use Canadian ID while Kanienkehaka forms and credentials are labeled fantasy documents, effectively enslaving me and every other Kanienkehaka that asserts their true Identity.

While new colonialists are attempting to take the place of the old ones on our country, I have survived to win and to preserve Kanienkehaka national independence and, accordingly, to promote friendly co-operation among nations.

Sincerely and without prejudice, ill will, vexation or frivolity

Letter to the Editor: Federal Election 2021

Letters September 22, 2021 • 0 Comment
On Monday, September 20, 2021, a federal election was held across the country. Polling stations were set up in villages, towns, cities and municipalities —… 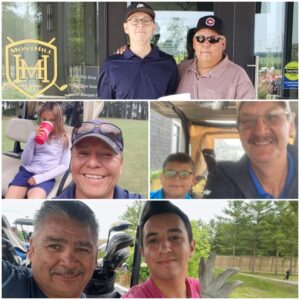 Letter to the Editor, RE: Father’s Day Golf Event 2021

An Open Letter to Canadians: Canada Must Commit to Action against Systemic Racism

Letters June 10, 2020 • 0 Comment
We stand on the precipice of change. We are looking down an untravelled path that will lead us from the darkness of hate and racism…

Letters March 25, 2020 • 0 Comment
StrongHearts Native Helpline acknowledges that this is a very difficult time for all Native people. We are very concerned about those most vulnerable including those…

In search of some water that isn’t so smeary

Letters March 11, 2020 • 2 Comments
Ew! Gross! Don’t swim in there! Sounds familiar? If yes, you must know Lake Erie. Most people know that Lake Erie is heavily polluted and…

Letter to the Editor, re: Mohawk Grounds

Letters January 29, 2020 • 0 Comment
Letter to the Editor Submitted by “a concerned community member” Individuals who do bad and awful things for money will never have enough. Even if…

Letters June 26, 2019 • 0 Comment
As June 6th marked the commemoration of D-Day, let us look at the cause for the liberation of Europe and France in particular. Firstly, France…

Letters June 19, 2019 • 1 Comment
CELEBRATING OUR UNITY AND DIVERSITY The Six Nations Elected Council would like to wish everyone a safe Solidarity & Unity Weekend. This weekend is about…

Six Nations of the Grand River is Ours

Letters May 29, 2019 • 0 Comment
The Haldimand Proclamation of 1784 proclaims that the Mohawk Nation and others of the Six Nation Indians have been granted, by His Majesty King George…