(WASHINGTON, D.C., Jan. 23, 2014) – John Kane, Mohawk activist and national commentator on Native issues, has been named Interim Host of the long-running weekly one-hour radio program, “First Voices Indigenous Radio” (FVIR) at WBAI-FM 99.5 in New York City. Starting Thursday, Feb. 6, Kane will be filling in for one year for Host and Executive Producer Tiokasin Ghosthorse, who is taking a sabbatical from the show after 21 years (10 of those years at KAOS-FM in Olympia, Wash. and 11 years at WBAI). In recent years, Kane has regularly joined Ghosthorse as a guest and guest host.

“Tiokasin has been an absolute inspiration to me as I have pursued my work in radio and media in general,” said Kane. “‘First Voices Indigenous Radio’ will give me an opportunity to help bring a voice to Indigenous peoples’ issues beyond my passionate advocacy for my people and our struggles with New York State and the federal government.”

“I’m totally confident that John Kane will be a great, active host for FVIR while I am away,” said Ghosthorse. “He understands the historical aspects and current policies being directed toward Native peoples. What FVIR needs is his candor and astute knowledge. It really is a great honor to welcome him here; and I am sure that the listeners in the New York City and tri-state area will be more than riveted with his knowledge and insights.”

During the next year, Ghosthorse will be turning his attention to various causes that he’s become involved in over the years, including children’s organizations, and personal projects. He will retain his role as FVIR’s executive producer. “Indigenous peoples’ worldwide voices are strengthening and are being heard at this time of Mother Earth changes,” said Ghosthorse, who will also do occasional reporting.

“We were so blessed all these years by Tiokasin’s generous spirit which has greatly benefited thousands of listeners and his colleagues here at the station,” said Bob Hennelly, WBAI interim program director. “We look forward to working with John Kane in our shared mission of bringing ‘First Voices Indigenous Radio’ to an even wider audience and building on Tiokasin’s inspired foundation.”

“This is also an opportunity to bring an Indigenous voice to conversations we are not usually associated with,” says Kane. “WBAI broadcasting in the spotlight of the United Nations and from one of the media capitals of the world is certainly not missed by me, especially as Indigenous peoples’ issues gain more international attention. I look forward to working with Bob Hennelly and having Tiokasin rejoin us throughout the year.”

“First Voices Indigenous Radio,” which was the first Indigenous radio program in the northeastern U.S., has been airing on WBAI for 11 years. With more than 1 million online hits annually, the program has become known for bringing to the airwaves the experiences, perspectives and struggles of Indigenous peoples worldwide whose exclusion from mainstream, progressive and alternative media is deleterious to the whole of humanity. Past shows are available at www.firstvoicesindigenousradio.org. FVIR has been re-broadcasted on 45 stations in 15 states in the the U.S. and one Canadian province, including: Colorado; Connecticut; Idaho; Illinois; Iowa; Maine; Massachusetts; Minnesota; New Hampshire; New York; Northwest Territories; Oregon; Pennsylvania; Tennessee; Vermont; and Washington.

WBAI-FM, a member of the Pacifica chain, is listener-supported. It provides a vast array of original programming to listeners in the Metropolitan New York City region and worldwide on www.wbai.org. Pacifica was founded in 1949 by pacifist Lew Hill with the first listener-funded radio station, KPFA in Berkeley, Calif. WBAI began broadcasting in New York City in 1941 as WABF. It joined Pacifica in 1960. Today, Pacifica has five radio stations in Berkeley, Houston, Los Angeles and Washington, D.C., and more than 50 affiliate stations across the country.

John Karhiio Kane is a Mohawk from Kahnawake. He lives on the Cattaraugus Territory of the Seneca Nation and has a direct connection to the people and territories of the Six Nations. John has been involved for most of his adult life in Native issues and, specifically, defending Native sovereignty. Part of the First Nations Dialogue Team in the late 90s, he worked extensively with the League of First Nations in battles with New York State over taxation. John, an expert commentator on Native American issues, is host of a two-hour weekly radio show, “Let’s Talk Native…with John Kane” – now in its fourth year – which airs on ESPN Sports Radio WWKB-AM 1520 in Buffalo, New York. He appears frequently on regional TV and radio programs, including “The Capitol Pressroom with Susan Arbetter,” “YNN – Your News Now,” and WGRZ Buffalo Channel 2’s (NBC) “2 Sides with Kristy Mazurek.” He has been featured on Al-Jazeera Arabic, with more than 50 million viewers in the Arab world. John is a regular guest/commentator and guest host on WBAI-FM (Pacifica) in New York City; WPFW-FM (Pacifica), Washington, D.C.; KFAI-FM, Minneapolis/St. Paul, Minn.; and KQRS-FM, KXXR-FM and WGVX-FM, Minneapolis. He is an op-ed columnist for “The Two Row Times,” a weekly news publication that reaches the Ontario-wide Native market and Haudenosaunee communities in the U.S. John publishes the Native Pride blog, which can be found at www.letstalknativepride.blogspot.com. His blog has readers in 20 countries. John has a page on the ESPN website at http://www.espn1520.com/pages/17325417.php and a “Let’s Talk Native…with John Kane” group page on Facebook. In late 2013, John was honored with a Community Leader Media Award from the National Federation for Just Communities of Western New York. 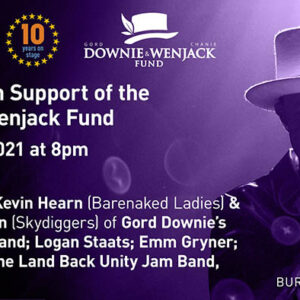 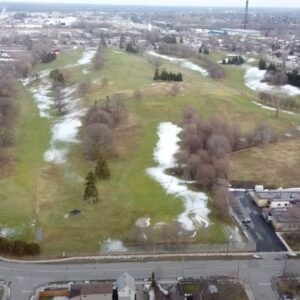 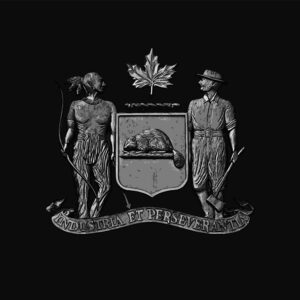